Gridlock 2019: Here are 4 GOP priorities that Democrats are poised to fight relentlessly after their enormous midterm victory 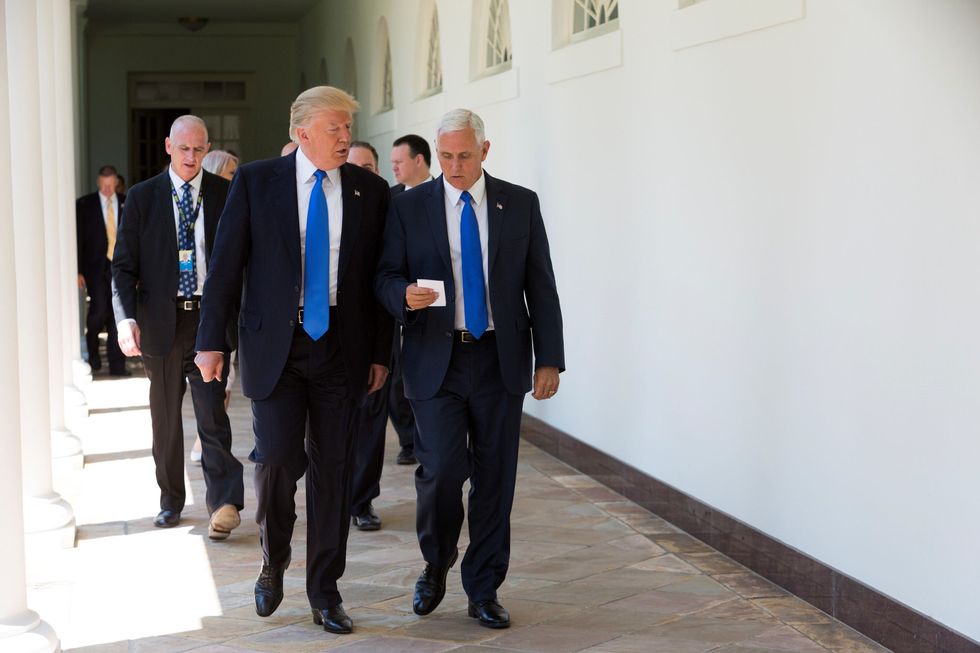 Although Republicans slightly increased their majority in the U.S. Senate in the 2018 midterms, it was a much different story in the House of Representatives—where Democrats, as of November 26, had obtained a majority with a net gain of at least 38 seats. And with Democrats getting ready to control the House while Republicans continue to control the Senate and the presidency, there will be serious gridlock in Washington, DC in 2019.

Legislatively, the new Democratic House majority will be facing some major roadblocks next year: any Democrat-sponsored House bills that Senate Majority Leader Mitch McConnell and his allies deem too liberal or progressive are likely to die in the Senate—and President Donald Trump will still have veto power. But gridlock works both ways.

Not only will Trump be facing an onslaught of investigations, committees and subpoenas from the Democratic House in 2019—his agenda is also going to be facing an abundance of legislative roadblocks. Controlling the House, Democrats will be able to say “no” to everything from Trumpcare to a U.S./Mexico border wall.

Here are four Republican ideas that legislatively, are unlikely to get very far in the Democrat-controlled House of Representatives in 2019 or 2020.

Neither President Trump nor McConnell have given up on the idea of repealing the Affordable Care Act of 2010, a.k.a. Obamacare, but any anti-ACA bills that Republicans propose in the House in 2019 or 2020 will be voted down by House Democrats—especially in light of all the Democratic candidates who campaigned on universal healthcare in the 2018 midterms. However, any Medicare-for-all bills or bills that House Democrats propose for expanding or strengthening the ACA won’t get far in the GOP-controlled Senate—and even if they did, Trump could veto them.

So the ACA is unlikely to be either expanded or killed via Congress in 2019. But Republicans will still be able to attack the ACA via the courts, and if the anti-ACA lawsuit Texas v. Azar reaches the U.S. Supreme Court, it is entirely possible that the far-right majority would strike the ACA down—thus causing millions of Americans to lose their health insurance.

2. A U.S.-Mexico Border Wall Stretching from California to Texas

President Trump continues to promise his army of Trumpista voters that a U.S./Mexico border wall stretching from California to Texas will become a reality. But even if Republicans in the Senate vote to fund a border wall next year, Democrats are likely to say “no.” It’s entirely possible that House Democrats, as a compromise, will agree to funding additional security along the U.S./Mexico border—and for that matter, the U.S./Canada border. But while Democrats want to appear strong on border security, most of them view Trump’s proposed wall as silly and offensive.

ICE is another matter, with a variety of views among Democrats on the value of the agency. While Congresswoman-Elect Alexandria Ocasio-Cortez, for example, has come out in favor of abolishing ICE, Arizona Senator-Elect Kyrsten Sinema has made it clear that she’s adamantly in favor of keeping ICE—so while Bernie Sanders ally Ocasio-Cortez and the more centrist Sinema have common ground when it comes to health care, abortion, #MeToo or gay rights, they are Democrats with very different views on the value of ICE.

The Tax Cuts and Jobs Act of 2017 received a lot more Republican votes than Democratic votes in the House and Senate, and if a similar bill calling for additional corporate tax cuts is proposed by Republicans next year, it is likely to be voted down by Democrats in the House. As economists Robert Reich and Paul Krugman and many other Democrats have been pointing out, the Tax Cuts and Jobs Act of 2017 offered precious little tax relief to the U.S.’ embattled middle class—it was mainly a gift for giant corporations. And any tax bills that Democrats agree to in the House next year are likely to be much different from what Republicans have in mind.

With Justice Brett M. Kavanaugh having been confirmed to the U.S. Supreme Court in October and replaced the more libertarian Anthony Kennedy, chances are that 1973’s Roe v. Wade decision will be overturned—which won’t be a nationwide ban on abortion but would allow the legality or illegality of abortion to be determined on a state-by-state basis. For example, it’s quite possible that post-Roe, abortion would be totally illegal in Texas but legal across the state line in New Mexico.

However, the end of Roe in 2019 or 2020 would clear the way for Republicans to vote on a nationwide abortion ban in Congress. Such a bill might narrowly pass in the Senate, but it be would be voted down by Democrats in the House—where anti-abortion bills are going to have a much harder time next year.