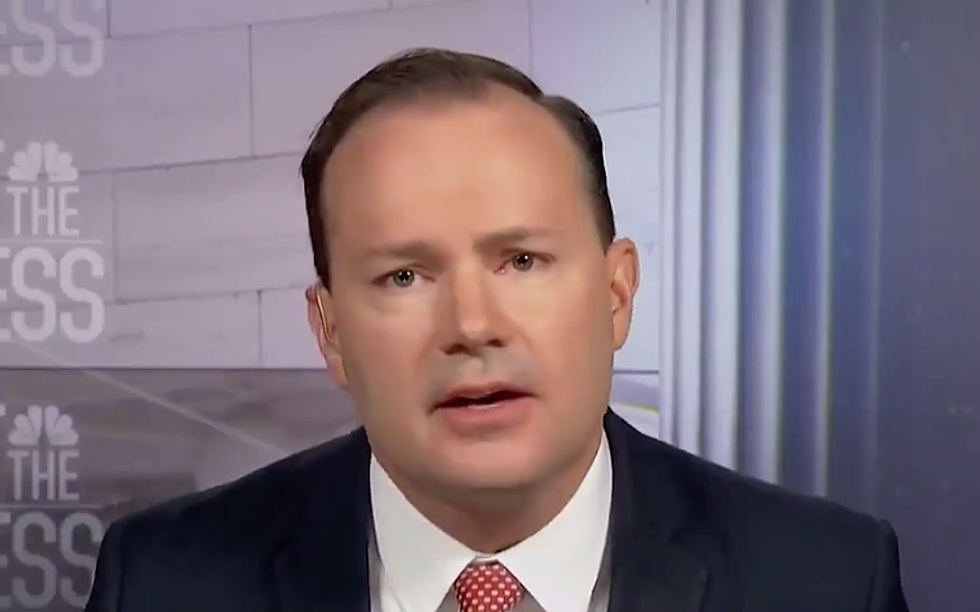 “I disagree with the president’s assessment,” Lee told “Meet the Press” host Chuck Todd. “It’s inconsistent with what I’ve seen.”

The Washington Post earlier this month reported that the CIA has concluded bin Salman was “directly involved” in Khashoggi’s assassination. Trump in recent weeks has downplayed that report, penning a bizarre statement last week that declared “maybe he did and maybe he didn’t!”

Lee on Sunday agreed with the CIA’s assessment. “Intelligence I’ve seen suggests this was ordered by the crown prince,” the Republican senator said, later adding he doesn’t “know why [Trump’s] siding with the Saudis.”

Lee isn’t the only leader in Washington who’s calling BS on the president.

"I have been briefed by the CIA,” Rep. Adam Schiff (D-CA) said on CNN’s "State of the Union” Sunday. "And while I cannot discuss the contents of the briefing in any way, I can say that I think the President is being dishonest with the American people."

"The President is not being honest with the country about the murder of Jamal Khashoggi," he added.

”They did it, as has been reported to the press, with high confidence, which is the highest level of accuracy that they will vouch for," Reed told CNN. "It's based on facts, it's based on analysis. The notion that they didn't reach a conclusion is just unsubstantiated. The CIA has made that clear."

Congress to hold its first open hearing on UFOs since 1970