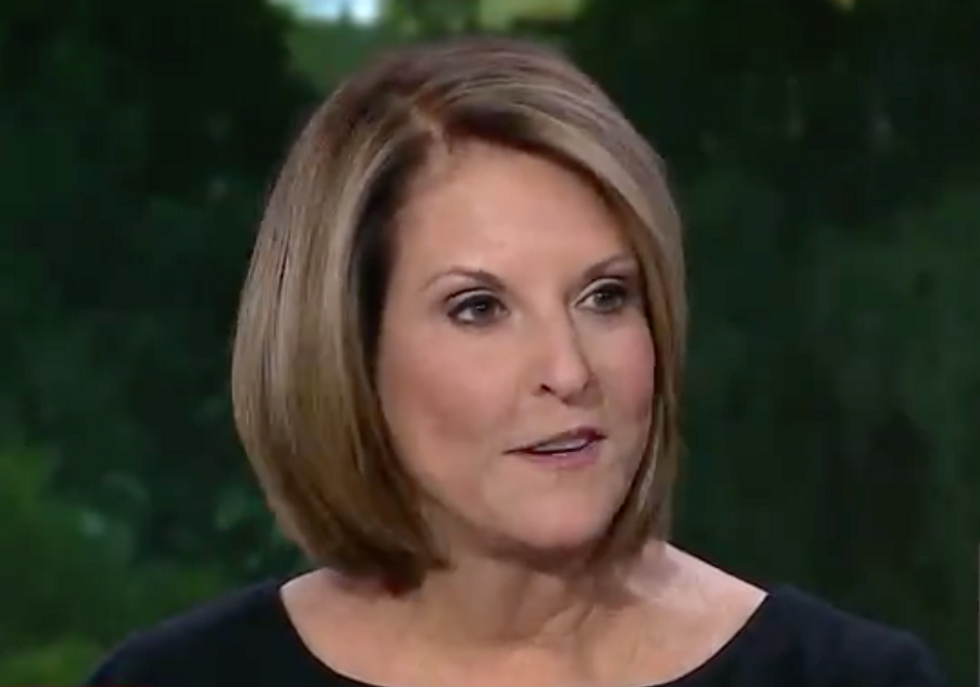 On Monday, in one of his final campaign stops before the polls open on Election Day, President Donald Trump brought two White House officials to help him stump for Senate candidate Mike Braun at a rally in Fort Wayne, Indiana: White House Press Secretary Sarah Huckabee Sanders, and Counselor to the President Kellyanne Conway.

The presence of two of the Trump administration's most prominent, forward-facing women, and Trump's simultaneous comments to local reporters about his "tone" were not lost on CNN political analyst Gloria Borger, who discussed the rally with Anderson Cooper and hit on a key point: that he may understand the most recent House polls show the Republican Party getting crushed among women, in the largest political gender gap in modern times.

"What do you make of President Trump bringing out Kellyanne Conway, bringing out Sarah Huckabee Sanders?" said Cooper. "Also saying, talking about tone, which is something he talked about a lot during the campaign, saying that when he became president he would change his tone ... maybe this was like a one-off in some local affiliate interview, but it's interesting that he's talking about, oh, it's kind of my regret."

"Gee, do you think it could be about women?" said Borger. "I mean, I'm just sort of thinking here that, he brings out all these women onstage, talks about his daughter, talks about his tone. Could it be about that women favor Democrats by about two to one now, and he understands that this is going to be a problem for him, particularly in the House?"

"And you know that he's usually not really reflective about these kind of things, so I thought it was actually quite surprising that he said that," she continued. "But the fact that he is saying it leads me to believe that he really understands that women are just, you know, deserting the Republican Party in droves."

"No," agreed Borger. "No, but I think he wanted to sound like he was."

.@GloriaBorger: President Trump is beginning to understand that “women are just deserting the Republican Party in droves,” in part due to his rhetoric. https://t.co/AQVa7PSVV2 pic.twitter.com/hu5g0lVkah