‘Get Out!’ Screaming Election Judge in Texas Threatens to Call Cops on Black Voter 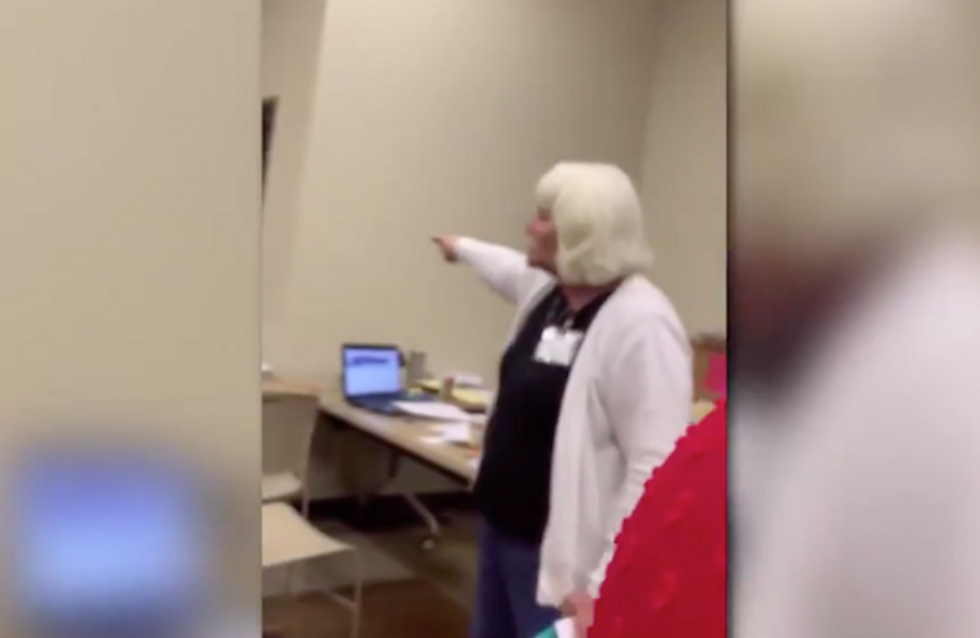 An election judge in Texas was captured on video screaming at a black voter and threatening to call the police when the woman expressed confusion at where she was supposed to vote.

Austin’s KVUE reported that Williamson County election judge and supervisor Lila Guzman resigned from her position at a polling place in Round Rock, TX after the video was captured during early voting on Friday, Nov 2.

At another point in the incident, the judge told the voter that she was going to call the police. The voter reportedly left before authorities arrived.

Williamson County Elections Administrator Chris Davis admitted to KVUE that in spite of being “a very experienced supervisor and judge,” Guzman was in the wrong.

“Our supervisor loses her composure in the middle of this, and that’s not something that we ever train our poll workers, supervisors, election judges and clerks to do,” Davis said. “We always train them and advise them to maintain control of the situation politely and answer voters’ questions and give voters options so situations like these don’t escalate.”

The woman who recorded the video chose not to identify herself and told KVUE why she thought she needed to document the interaction.

“As soon as she started getting louder, I was like, ‘This is getting out of hand.’ So I began to record,” the voter said. “[Guzman] did tell her she couldn’t vote there, but she didn’t say where in Travis [County]. The lady did have an accent. She could’ve been new to the country. I don’t know, but she needed some help.”

The election judge said she didn’t resign because of the incident, but rather because she felt the Williamson County Board of Elections didn’t give her sufficient backup.

You can watch the bystander video and KVUE’s interview with Davis and the woman who recorded it below: