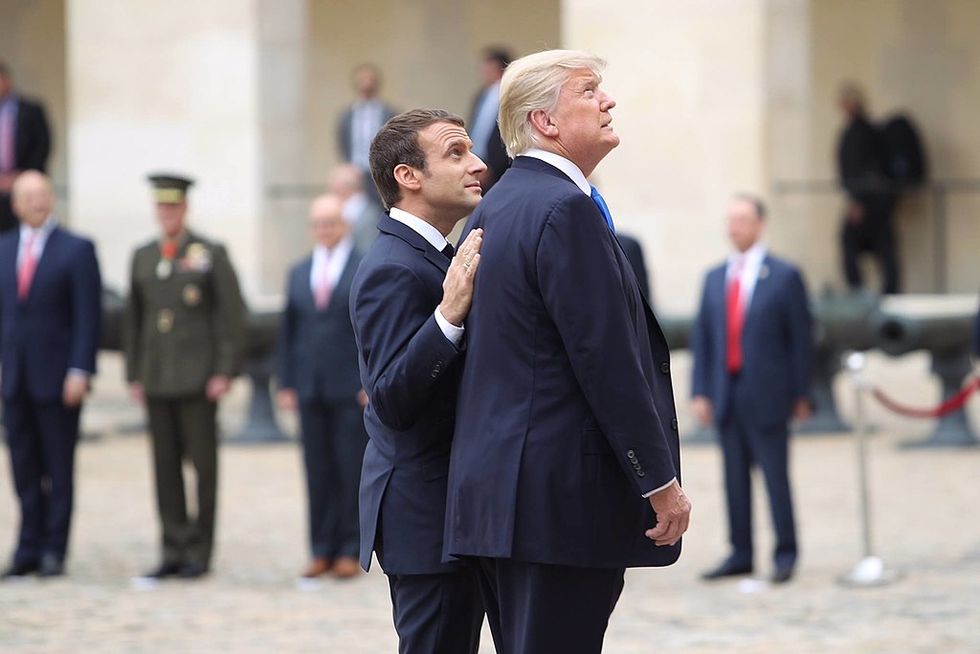 French President Emmanuel Macron has decided to take the high road as President Donald Trump lashes out in anger.

After Macron delivered a speech decrying nationalism — viewed universally as a direct rebuke to Trump — the American president made his displeasure known on Twitter. (He has also publicly attacked many others in the past week, including journalists, and multiple reports say he has lashed out in private as well.)

"Emmanuel Macron suggests building its own army to protect Europe against the U.S., China and Russia," Trump said. "But it was Germany in World Wars One & Two - How did that work out for France? They were starting to learn German in Paris before the U.S. came along. Pay for NATO or not!"

He added: "The problem is that Emmanuel suffers from a very low Approval Rating in France, 26%, and an unemployment rate of almost 10%. He was just trying to get onto another subject. By the way, there is no country more Nationalist than France, very proud people-and rightfully so!"

In a TV interview, Macron said on Wednesday of the broadside, "I do not do policy or diplomacy by tweets,” according to the New York Times.

Instead of focusing on the petty taunts, Macron reflected on history.

“At each important moment in our history we have been allies, and between allies there is respect, and I do not want to hear the rest," he said.

It was a dignified, measured, and thoughtful response that revealed what is lacking the American president. When Trump cites history in the international context, he often gets it completely wrong. And of course, it's both impossible and irresponsible to do diplomacy by Twitter — a fact that Trump ignores every day.

More broadly, Macron's response and his initial provocation of Trump by denouncing nationalism show that the French leader realizes that politics is about much more than personalities. He doesn't need to respond to Trump's insults because fundamentally, they don't matter. Trump, on the other hand, took a profound statement about international obligations and interpreted it as a personal attack. For him, everything is personal, and every disagreement is a complete betrayal.