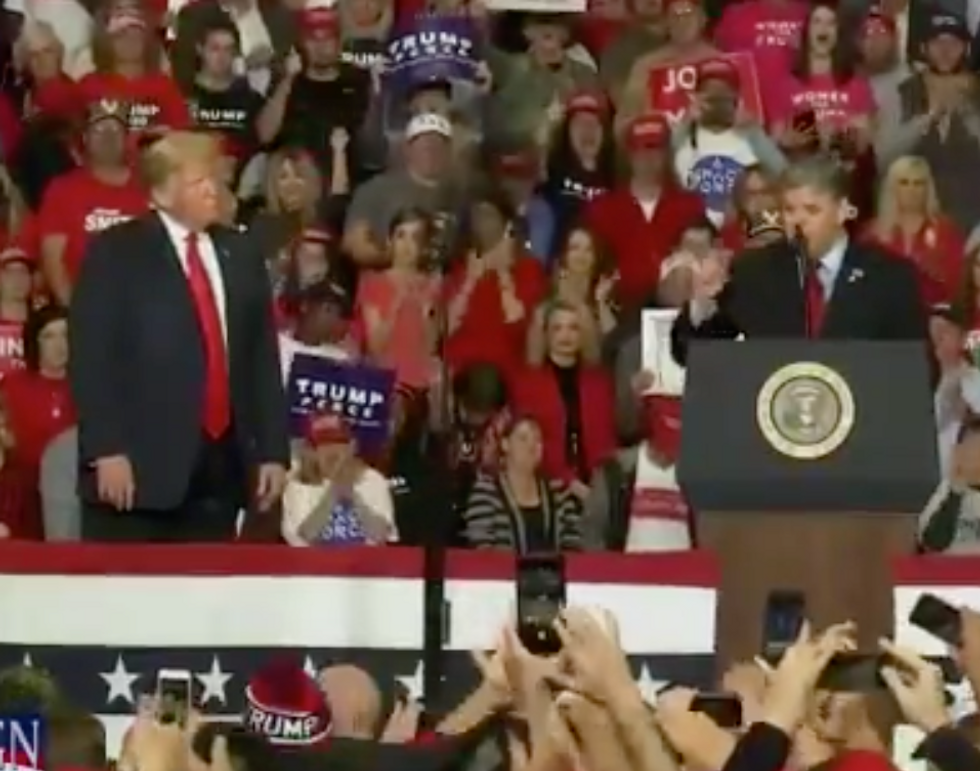 Over the weekend it was reported that Sean Hannity was listed as a headliner for the Missouri Trump rally despite being a media personality on Fox News.

Fox contacted Raw Story to clarify that Hannity would be there for exclusive reporting not to speak at the rally. Clearly, Hannity didn’t get the memo. Taking the stage Monday night, the host told the crowd “all those people in the back are fake news.”

“The one thing that has made and defined your presidency more than anything else is ‘promises made. Promises kept,'” Hannity said repeating the Trump slogan.

After gushing about Judge Jeanine Pirro, she took the stage to talk about how Trump is the “tip of the spear that goes out every day and fights for us.” She told the audience to go out and vote “if they like the America Trump is making.”

Fox News sent the following statement Sunday: “An FNC spokesperson confirmed Hannity will only be hosting his show from that location and interviewing the president.”

It seems they were mistaken.