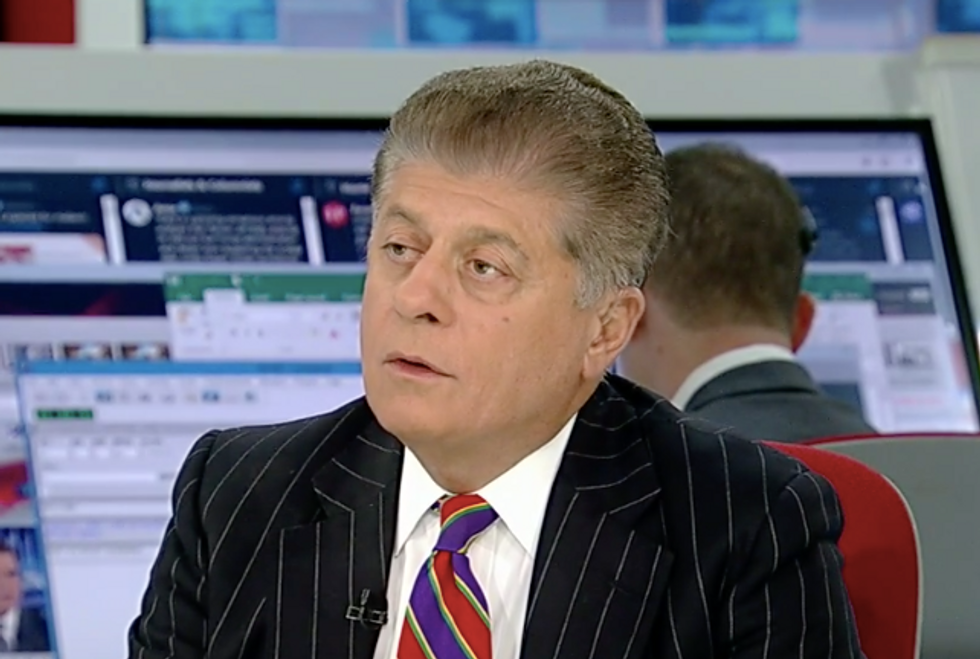 Republicans have made it clear that they have no interest in investigating President Donald Trump with regard to the voluminous acccusations of wrongdoing against him. But should the Democrats win control of the House of Representatives this week, they'll finally be in a position to impose real oversight on him and the entire executive branch, as Fox News' Shep Smith and Judge Andrew Napolitano discussed Monday afternoon.

"Can they subpoena his tax returns?" asked Napolitano, while appearing on Smith's show "Shep Smith Reporting." "Yes, they can. Will they get them? Yes, they will. Doesn't mean they will make them public — but they can look at them and draw conclusions, and then ask witnesses like his former lawyer, Michael Cohen, and his present and former accountants, questions about them."

He continued: "One of the questions about President Trump that the Democrats are very interested in investigating is: What kind of wealth are he and his family receiving as a result of foreign diplomats staying at hotels that the Trump Organization manages in New York and Washington D.C. By commencing that investigation, they will get Trump Organization — the corporation's — tax returns, as well as his personal tax returns."

Smith noted that these sorts of documents and information had been made public voluntarily by previous presidents — but Trump decided to eschew that precedent.

"The reason this thing about hotels comes in, Shep, is because of a clause in the Consitution that no president has been seriously accused of violating for 150 years. That's the Emoluments Clause. Translate: Presidents are not allowed to receive any increase in wealth from foreign heads of state. So are foreign heads of state putting their diplomatic teams in the hotels the president manages? How will they find that out? Income tax returns," explained Napolitano.

Another major scandal hanging over Trump is the 87 reported communications between Trump's campaign and the Russian government during the 2016 campaign. Napolitano noted that not only would Democrats be keenly interested in exploring this issue be positioned to do so, but Trump's former campaign chair Paul Manafort could be compelled to testify as a part of the probe because he has already waived his Fifth Amendment rights by pleading guilty to special counsel Robert Mueller's charges.