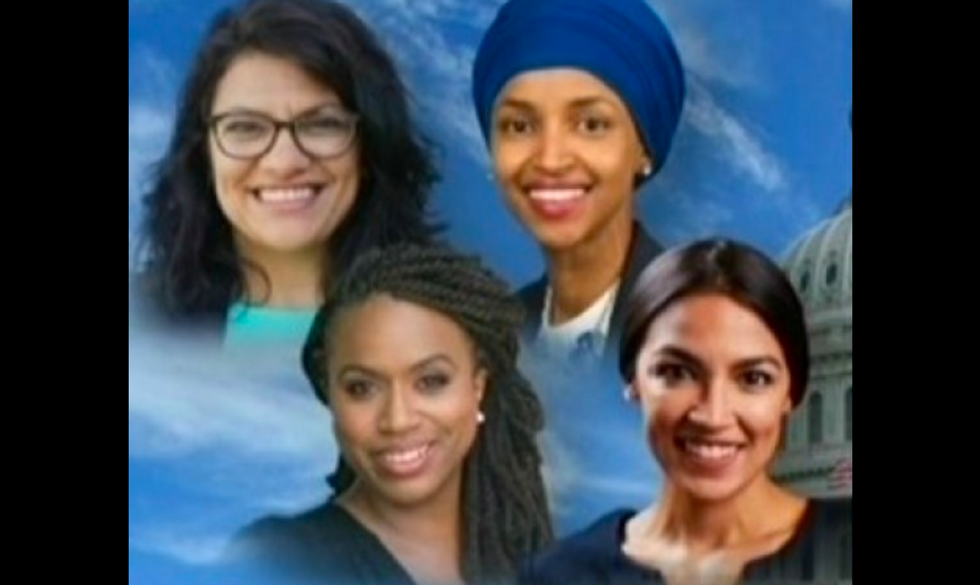 Once again proving they probably don't realize just how popular such ideas have become, Fox News on Tuesday tried to ridicule and discredit key platform planks that progressive Democrats successfully ran on this election cycle but ended up just reminding people that these ideas actually make a lot of sense.

In a segment titled "Freshman Insurrection" on Tuesday night, right-wing host Laura Ingraham presented newly-elected House members—namely Ayanna Pressley of Massachusetts, Alexandria Ocasio-Cortez of New York, Rashida Tlaib of Michigan, and Ilhan Omar of Minnesota—as a cabal of nutty radicals hell-bent on upending Nancy Pelosi's leadership as they advocate for "wacky" ideas like providing every, single person in the United States access to healthcare and saving the planet's natural systems from destruction while providing quality, high-paying jobs to millions of people as the country makes a rapid transition to a renewable energy system.

As the left-leaning group People for Bernie [Sanders] pointed out:

This is the best agenda Fox News has promoted all week. pic.twitter.com/p8FXqMCtTu

Weird how the right says "nothing is free" but then give the Left wonderful free advertising like this.

"Fox really makes the best pro-progressives graphics," said another as screenshots of Ingraham's segment began to make the rounds on social media. The outlet has been caught doing the same multiple times in the last year (here, here, and here).

As it turns out, an increasing number of Americans support bold climate action, a Medicare for All plan, student loan forgiveness and tuition-free higher education, and a more humane immigration system.

Meanwhile, Parker Malloy, editor-at-large for Media Matters for America, offered Fox News her graphic design skills so "wacky" Republicans in the House (albeit less of them in the coming Congress) do not feel left out: