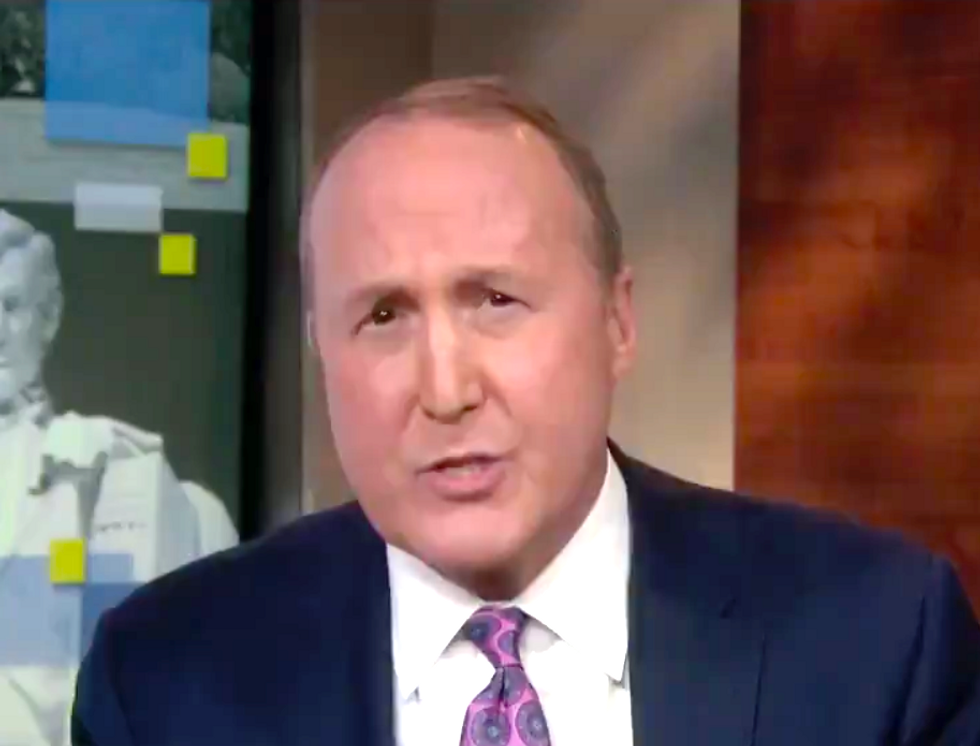 A new report Tuesday night revealed that President Donald Trump sought to direct the Department of Justice to prosecute Hillary Clinton and James Comey, prompting his White House counsel's office to draft a memo warning that doing so would exceed his authority and risk impeachment.

Many observers promptly argued that this incident builds upon the already expansive case against Trump for obstructing justice with regard to the Russia investigation. But whether a president can be indicted remains an open question.

Speaking with MSNBC host Ari Melber Tuesday night in the context of this reporting, former federal prosecutor Gene Rossi argued that, despite the unsettled legal questions, there is already enough evidence for him to draft indictments (were he in the position to do so) for the president on two separate charges.

"I could draft an indictment against the president of the United States on two counts," he said. "One would be his relationship with Michael Cohen on the election fraud."

He continued: "And number two: I could draft a scheme and an attempt obstruct justice against the president right now. And Robert Mueller has the jurisdiction and the authority — unless Matt Whitaker puts a quench over it — he has the authority to go into that. Because it's the heart and soul and the gestalt of what Robert Mueller's looking at. Absolutely."