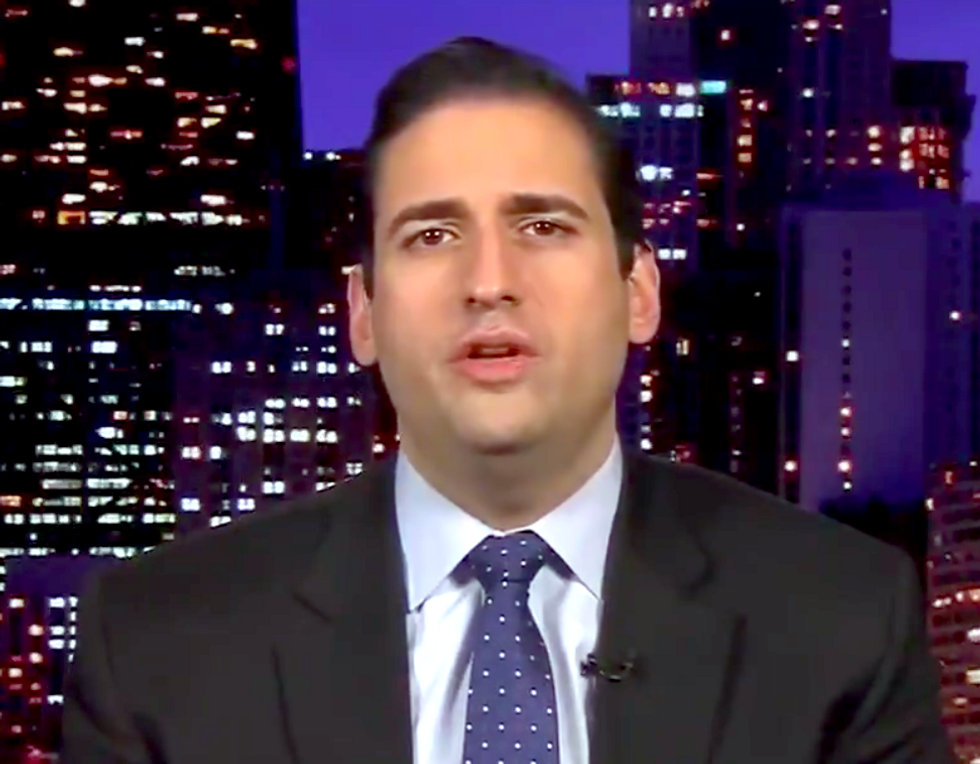 With the crumbling of Paul Manafort's plea agreement with Special Counsel Robert, it's not clear what steps will be taken next in the Russia investigation. But former federal prosecutor Renato Mariotti offered a provocative prospect for Mueller to exploit by using President Donald Trump's backchannel through Manafort, his former campaign chairman, against him.

The existence of the highly unorthodox communications between Manafort's team and Trump's after the former campaign chair entered a plea agreement with prosecutors had been previously reported by Reuters and confirmed by Trump lawyer Rudy Giuliani. On Tuesday night, the New York Times confirmed this reporting with a new detailed look at the relationship.

Mariotti noted that the decision for Manafort to cooperate with the government presumably ended the joint defense agreement between him and the Trump team, which had previously allowed them to communicate while retaining the protection of attorney-client privilege.

"Once someone flips, as Manafort did, his interests are against everyone else under investigation because the prosecutors will require him to cooperate against everyone else and tell them everything he knows. So communications from other subjects to him aren't privileged," Mariotti explained. "By reporting to Trump what Mueller was asking about, Manafort was hurting Mueller, not helping him--even though he agreed to assist Mueller under the agreement. By any standard, what Manafort and his attorney did was deceptive and highly improper."

He continued: "Because Manafort had agreed to cooperate with Mueller, his attorney's communications with Trump's team were no longer privileged because they do not share a common interest. Mueller should seek to discover the communications between Manafort's attorney and Trump's attorneys."

If Mueller could have access to communications between Manafort's team and Trump, it could have massive implications for the rest of the investigation. Many suspect that Trump might have dangled or explicitly offered Manafort a potential pardon in exchange for help in disrupting the investigation. Evidence of this could make a slam-dunk case for obstruction of justice.

"On its own, this could just be considered highly questionable judgment," said Mariotti. "But if this is part of a pattern of activity, you could imagine this being part of a larger obstruction of justice case being made by Mueller. It is another active attempt to undermine his investigation."