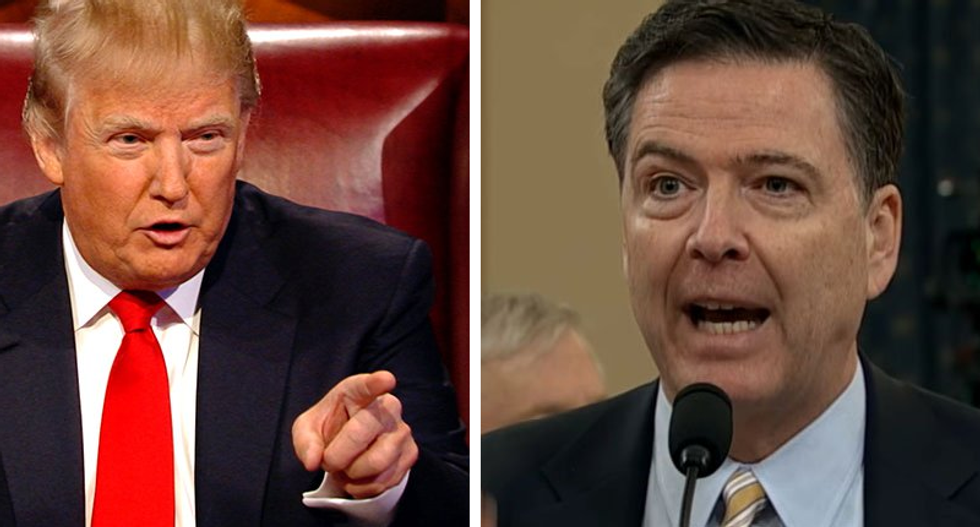 Although James Comey spent much of his adult life as a registered Republican and made donations to the presidential campaigns of Sen. John McCain in 2008 and Mitt Romney in 2012, he has hardly been an ally of President Donald Trump—who fired him as FBI director in May 2017. And in an epic New York Times commentary published on Election Day, the former FBI director urges American voters to reject “the lying, misogyny, racism and attacks on the rule of law from our president.”

In 2018, Comey has not been shy about encouraging Americans to vote Democrat in the midterms—even if they are Republicans who, like himself, have policy differences with the Democratic Party. Republicans in Congress, Comey has complained, have been putting their party before the good of their country and become subservient to the Trump Administration. And that theme asserts itself in his Election Day piece.

Comey’s article delves into U.S. history, noting that periods of social progress can be followed by an angry backlash—which is how he characterizes the Trump administration.

“Our country has changed dramatically in recent years,” the former FBI director explains. “We elected a black man president for two terms, and a woman won the popular vote in the 2016 presidential election. We legalized gay marriage, have an entirely new approach to work and technology and families, and we are on a path to the white majority becoming a minority. History shows us that with so much progress and change, a spasm of negativity and backlash was inevitable.”

Drawing a parallel between the Trump era and the 1920s, the 57-year-old Comey notes that progress for African-Americans, women and Jews after World War I was followed by a resurgence in Ku Klux Klan activity during the following decade.

“The years after the end of World War I were a period of stunning progress for our country,” Comey asserts. “Women got the right to vote. Blacks moved into the growing industrial economy. Catholics and Jews flooded in as immigrants. But that change brought reaction. In the 1920s, the Klan was reborn. Millions of Americans joined the KKK, including 16 United States senators, 11 governors and dozens of members of the House of Representatives.”

Comey quickly adds, however, “The Klan fever broke in the late 1920s, and we resumed our upward progress. That’s the story of America.”

Comey goes on to note that Sen. Joseph McCarthy’s witch hunt of the 1950s “disappeared almost overnight” after he was discredited, and that the racist bombing of the 16th Street Baptist Church (a black church) in Birmingham, Alabama in 1963 “led to bipartisan support in Congress to pass the Civil Rights and Voting Rights acts that changed our country for the better.” And history, according to Comey, shows that sooner or later, Americans “resume our upward march.”