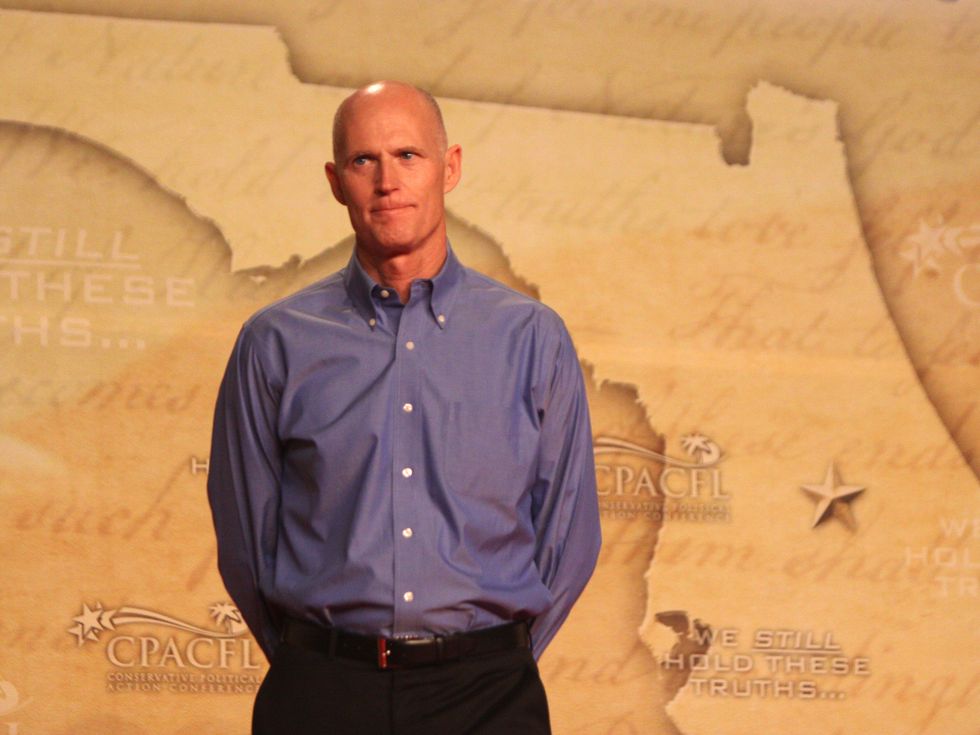 Florida’s statewide recounts first faced technical obstacles surrounding the sorting and scanning of millions of ballots. Now political and legal obstacles are poised to add another layer of complexity over determining who is the next governor, senator and agriculture commissioner.

The first of what may become many federal court hearings—with rulings to quickly follow—begins in Florida’s capital, Tallahassee, on Wednesday. Lawsuits have been filed over numerous ballot disqualification rules, recount timetables, and whether GOP Gov. Rick Scott—who leads the Senate race by 12,500 votes—can sit on a panel that will certify who wins his race, as well as forcing all 67 counties to save digital images of every ballot cast.

Chief Judge Mark Walker of the U.S. District Court’s Northern District in Florida will hear the first of these lawsuits. He will start with what lawyers for Democratic incumbent Sen. Bill Nelson, D-FL, claim are rules that led “tens of thousands” of mail-in ballots to be rejected because voters’ signatures on the envelopes didn’t match other state records. (University of Florida election scholar Dan Smith said that number may be closer to 10,000 statewide.) Another suit contends absentee ballots that did not arrive by Election Day—because of the U.S. Post Office—should be counted.

Walker has set a court schedule that suggests he will begin ruling by late Thursday or early Friday, which is within hours of when all Florida counties are due to report the results from their first phase of what may end up as a more intricate ballot examination process. Only Palm Beach County is unlikely to meet that Thursday 3 p.m. deadline, as its voting machinery is old and cannot scan multiple races at one time. (Some machines overheated and were turned off.)

If Thursday’s results show winning margins that are less than 0.25 percent in any recount—such as in the Senate race—the process moves to the next stage. Round two involves manually examining paper ballots set aside as problematic (no votes or multiple votes detected).

However, this pre-established process, where round two would be triggered by an order from Florida’s Secretary of State soon after the Thursday 3 p.m. deadline, may collide with rulings from Walker or another court. As the Tallahassee Democrat noted Wednesday, “in past rulings, Walker has struck down Scott administration policies, forcing the extension of voter registration deadlines after Hurricane Matthew and declaring unconstitutional the Florida Cabinet’s right to vote process for felons.”

Thus, if any court orders the state or counties to change their vote-verifying or recounting process, it is likely that Florida’s biggest counties—whose voting systems and staffing were pushed to the limit in recent days—may have to do more ballot retrieval and vote counting. That would be in addition to setting up the laborious process to manually examine ballots for so-called under-votes, where scanners detected no ink-marked ovals. Broward County’s early results had 31,000 under-votes in the Senate race.

What this means is the recount process, especially in the Senate race, could drag on well beyond the state’s Sunday deadline for reporting final numbers from round two. Needless to say, suits have been filed to extend that timetable.

It also appears that Florida’s Secretary of State Ken Detzner—appointed by Gov. Scott—has some discretion to readjust this schedule, said Ion Sancho, former Leon County Supervisor of Elections. In 2000, he was appointed by Florida’s Supreme Court to oversee the presidential recount (which the U.S. Supreme Court stopped before it was finished, making George W. Bush president).

Sancho said Florida’s Secretary of State exercised that authority in 2000 during its 37-day recount. Moreover, it is possible Detzner will have to extend the recount for Palm Beach County, because it is using voting technology approved by his office. These scenarios would expand the process, which would be more inclusive, but, so far, there have been little signs that the Republicans want that.

For example, a lawsuit by a state legislative candidate filed in Leon County to extend the reporting period for ballots was removed to federal court at Detzner’s request on Tuesday—apparently after Leon County Circuit Judge Karen Gievers was preparing to issue an order extending the recount deadline in that Palm Beach-based case to Tuesday, November 20. The “decision to lift Thursday’s 3 p.m. deadline in Palm Beach County was trumped,” the Palm Beach Post reported.

What this all means is the technical capabilities of Florida’s vote-counting systems, the continued sorting and examination of ballots and court rulings over expanding or shrinking that process are set to collide in coming days—and possibly over several weeks.

The first federal court hearings start on Wednesday at 1 p.m. But they will not be the last. Democratic gubernatorial candidate Andrew Gillum, who trails by 33,652 out of 8.2 million votes cast, said on Sunday—while speaking at Tallahassee’s Bethel AME Church—that he may file a court challenge based on the Equal Protection Clause of the U.S. Constitution, which requires equal treatment under law. In this case, that equal treatment is how votes are processed.

There is a precedent for that argument in Florida—the one U.S. Supreme Court ruling that the justices said should never be cited in another election case. That’s Bush v. Gore, stopping the 2000 presidential recount by noting that different Florida counties differently handled counting the vote. Stay tuned.