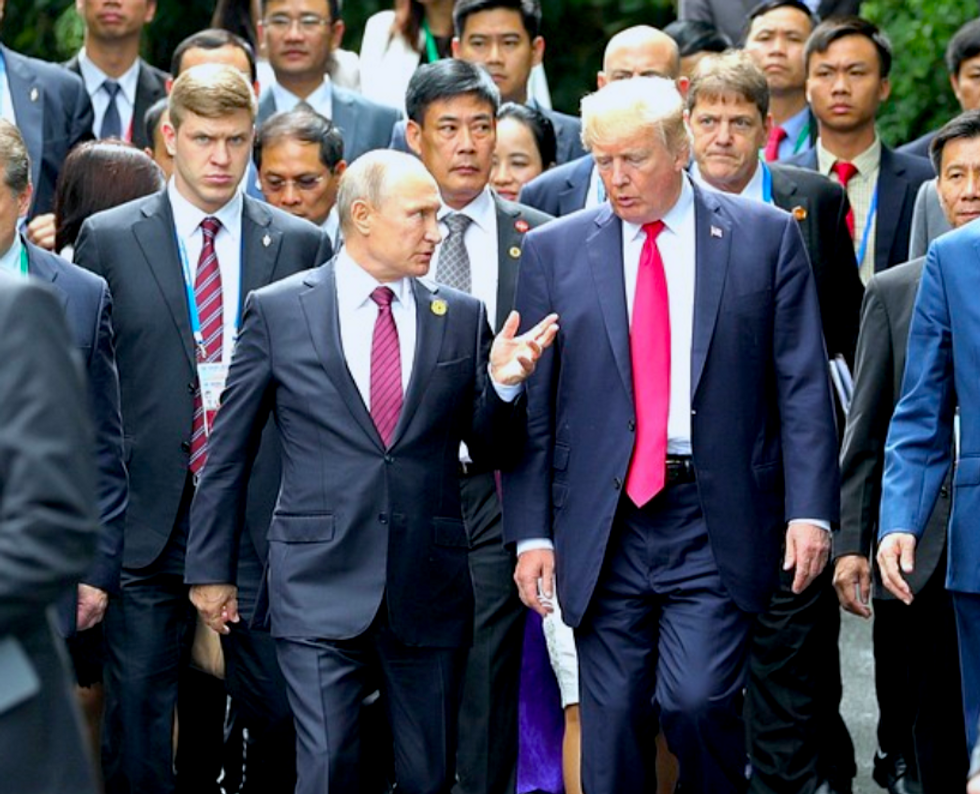 While evidence continues to emerge about President Donald Trump's collusion with Russia and his obstruction of justice, much less attention gets paid to the fact that the Trump Organization, with its sprawling international reach and opaque business practices, is almost certainly deeply involved in corrupt and criminal financial practices.

But the revelation that Trump's former lawyer Michael Cohen lied to Congress about work on the proposal for a Trump Tower Moscow reveals one way in which all three types of crimes might be tied together, as New Yorker reporter Adam Davidson, who has extensively reported on Trump's finances, explained.

Not only does Cohen's decision to lie about the project reflect a pattern of obstruction of justice, and not only does the existence of a long-running and secret Trump Tower Moscow project during the 2016 campaign suggest deep and troubling ties between the president and Russia, but the project itself was almost certainly supposed to be, in large part, a front for money laundering.

"I would say that *any* significant real estate development in Moscow is, almost by definition, part of a money laundering scheme," Davidson explained in a tweet. "The handful of big US companies that have tried to avoid money laundering went to enormous effort to do so. "

And nothing about Trump's business history suggests he would go to great lengths to avoid a little thing like money laundering.

Davidson added: "But, EVEN FOR MOSCOW, the Trump Tower project seems highly suspect."

In other words, it's almost impossible to conclude that the proposed Trump Tower Moscow wouldn't have been a massive vessel for money laundering. That plan was apparently scrapped, and Trump became president instead.