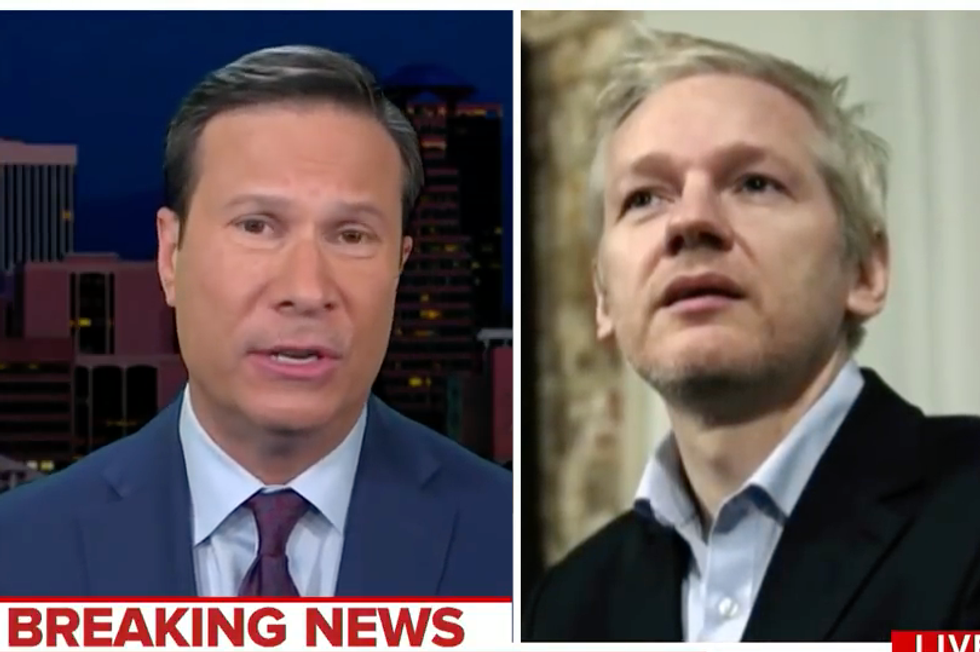 MSNBC “11th Hour” anchor Brian Williams broke in with breaking news on Thursday after the Department of Justice inadvertently revealed the existence of sealed charges against Wikileaks founder Julian Assange.

Williams was fortunate to have as a guest Frank Figliuzzi, the former Assistant Director for Counterintelligence at the Federal Bureau of Investigation.

“So, Frank, what’s the significance of this development to you?” Williams asked.

“Well, this has deep meaning also for me personally, because I was in Washington at headquarters when the entire intelligence community was wrestling with what to do with Julian Assange and Wikileaks,” he noted. “And that the great debate about whether we should even treat him as a foreign power — they were doing that much damage to us.”

“Look, I said before on your show, Brian, I think the strategy for Mueller is to tell us the story of a corrupt president through the indictments of others,” he noted.

“Understand that our intelligence community has Wikileaks covered like a blanket — as if they are a foreign adversary,” he revealed. “So when Trump sees questions he doesn’t like to answer, he might be realizing that Mueller has so much more on the classified side than anyone ever realized.”

“And maybe –just maybe — that is [spying] coverage of Julian Assange and Wikileaks and their role with the Russians in the release of emails during the presidential campaign,” Figliuzzi continued. “We have to wait and see.”