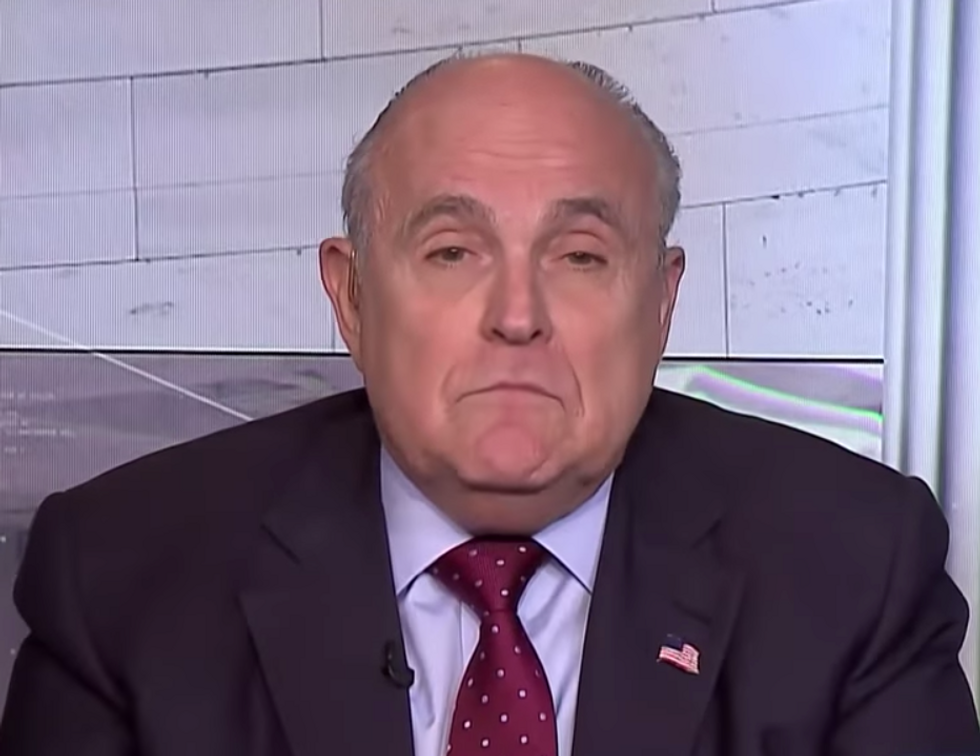 Rudy Giuliani and the rest of President Donald Trump's legal team are "infuriated" at Special Counsel Robert Mueller, according to a new report in the Washington Post, because a draft plea agreement would tie an alleged criminal to the president.

The alleged criminal in question is Jerome Corsi, who provided the Post with a copy of the draft plea deal that Mueller's team reportedly sent in an effort to get him to admit to lying to the FBI. Corsi said that Mueller wants him to plead guilty to lying to the FBI about his contacts with WikiLeaks and Julian Assange during the 2016 campaign regarding the stolen emails dumps. He contends that he didn't intentionally mislead the FBI, but only did so because of his faulty memory — though this excuse strains credulity.

But when the Trump team obtained a copy of the draft plea deal — it's not yet clear how they came to be in possession of it — they were outraged, according to the Post. This is because the draft mentions the fact that "Person 1" (who Corsi identifies as Roger Stone) was “understood to be in regular contact with senior members of the Trump Campaign, including with then-candidate Donald J. Trump.”

The Post said the Trump team delayed providing answers to Mueller's question after learning of the draft and has filed a complaint with the Justice Department because Trump's name was mentioned.

“It’s gratuitous. It’s not necessary,” Rudy Giuliani told the Post. “If you read out of context, it creates a misimpression that they were in contact with the president during this critical time. And I believe that was done deliberately.”

Of course, there's no reason the special counsel's office should leave out contacts between the president and targets of the investigation if these contacts are, in fact, relevant. How relevant they are remains yet to be fully revealed.

And as Kate Brannen, the editorial director at Just Security, noted, Giuliani offered a rather weak denial that Trump communicated with Corsi or Stone about WikiLeaks. He only said that Trump "does not recall" doing so.

"In other words," said former federal prosecutor Renato Mariotti, "he’s not able to deny that he did."