Watergate's John Dean slams Trump over the latest revelations of his abuse of power: 'This is a level Richard Nixon never went to' 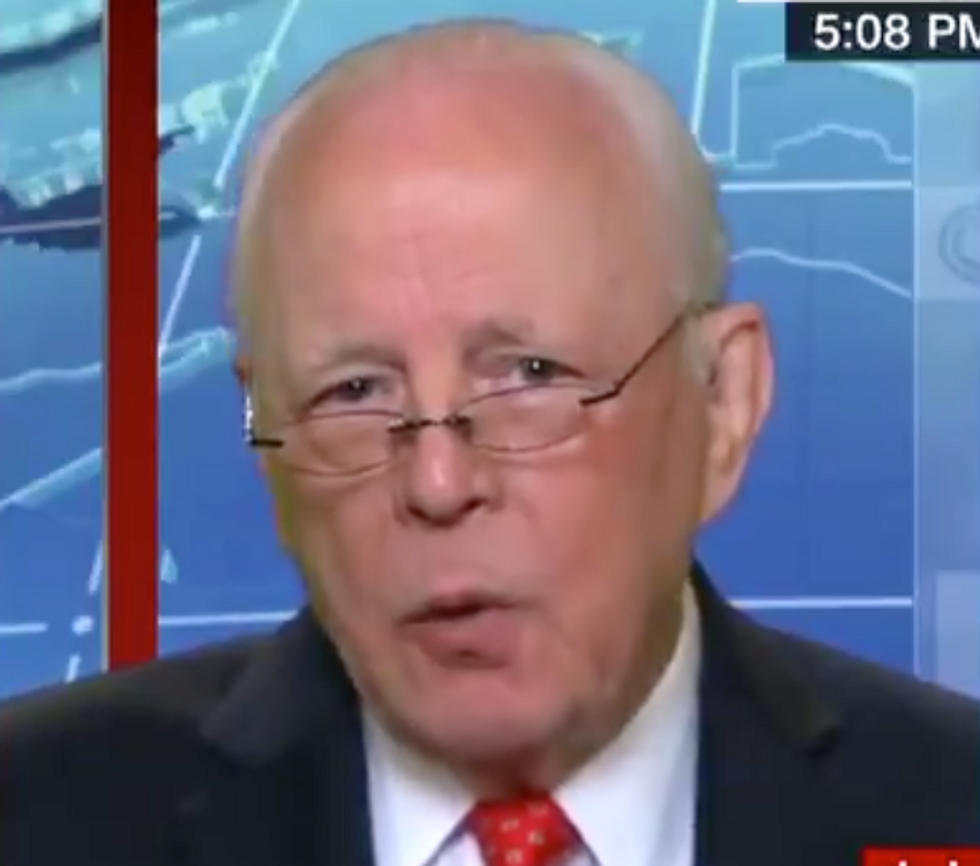 The new report that President Donald Trump considered prosecuting Hillary Clinton and former FBI Director James Comey, only to be warned by White House counsel Don McGahn that he could face impeachment, has once again stunned political commentators.

One observer who was particularly aghast was John Dean, the former White House counsel to Richard Nixon, who told CNN on no uncertain terms that this would be a red line too extreme even for Tricky Dick to cross.

"If I had to channel a little of Richard Nixon, I think he'd tell this President he's going too far," said Dean. "This is the sort of stuff of a banana republic. This is what an autocrat does. Political scientists have developed standards by looking at what they do all over the world, and Trump is checking all those boxes. And it's rather frightening and kind of startling because he was told about this during the campaign when he started mentioning these sort of things, but he's never backed off. And it looks like he won't back off until he's forced to."

Responding to the host's amazement at the idea that even Richard Nixon at the height of the Watergate scandal would have told Trump to back down, Dean repeated himself.

"This is a level Richard Nixon never went to, where you went after somebody's personal well-being by a criminal prosecution," he said. "I've listened to all the tapes that are relevant. While I heard him break the law on some of those tapes, I never heard him do it by turning on his enemies and trying to put them in jail. This is really very, very heavy sledding."

Former White House counsel @JohnWDean: “If I had to channel a little of Richard Nixon, I think he'd tell this President he's going too far. This is the sort of stuff of a banana republic. This is what an autocrat does… this is a level Richard Nixon never went to. ” pic.twitter.com/H32tRoC69X