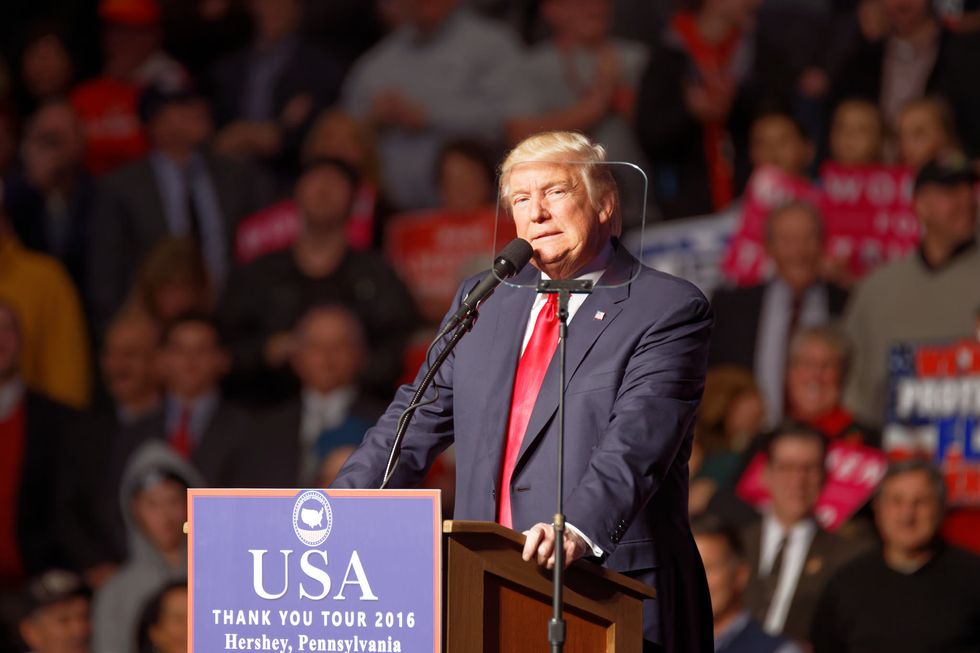 After running on a transparently false and manipulative message of representing the forgotten and downtrodden parts of the United States, President Donald Trump has led his administration like a typical Republican — completely uninterested in the needs of the poorest and most vulnerable Americans.

In the view of conservative columnist Jennifer Rubin, this vast betrayal is a major risk for the Trump presidency.

"In sum, Trump’s economic promises to his rural base haven’t been kept," she wrote. "His policies either ignored rural voters or made their finances worse. They’ve stuck with him more or less during a time of overall prosperity, but for them as well as for other Americans still struggling to regain their economic footing from the financial crash in 2008, an economic downturn between now and the 2020 election might send Trump’s approval rating and reelection prospects spiraling downward."

Trump has abandoned any real desire to launch a bold infrastructure initiative that could spur growth in struggling regions — except perhaps as a wedge issue to divide Democrats. He wasted more than a trillion dollars of government spending on the corporate giveaway that was the 2017 tax cut — not to mention his nearly all of his meager political capital. The rest of the party never showed any hint of an interest in actually taking steps to promote the economic wellbeing of the conservative parts of the country.

His tax cuts for the rich and for corporations (which used tax savings for stock buybacks) didn’t help them. Moreover, Trump’s trade policy has hurt rural America.

In the Trump economy, the rich get richer, while the poor and the poor locales in the United States get poorer. (“Statistically, there appears to be no significant improvement in job growth. The gap in housing price growth actually widens. In fact, the larger the Trump electorate and the larger the degree of Trump support, the worse the county’s economic performance.”)

And all of this has occurred under the status quo of an economy that, overall, is strong. But the economic good times don't last forever — and if the American economy hits a speed bump or two — or even enters a serious recession — Trump's standing among his own supporters could easily plummet.

Rubin also advises Democrats to exploit Trump's weakness. The should offer policies to support the communities that Trump has betrayed, clinching their support, or at least discouraging them from so enthusiastically backing the president.

There's one problem with this piece of advice: Democrats have already done it. Hillary Clinton had thoughtful proposals in her 2016 campaign to actually help rural communities. President Barack Obama, too, spent considerable effort working to support rural communities — though certainly more could have been done.

Trump's continued failure on this front may well turn many of his voters off from voting for him. And Democrats should continue backing proposals to help these regions because it's the right thing to do. But with the current structure of right-wing media designed to stoke conservative anger and distort reality, it's unlikely that most Trump voters will ever actually be informed of the truth that it's the Democratic Party, and not the GOP, that actually cares about their welfare.