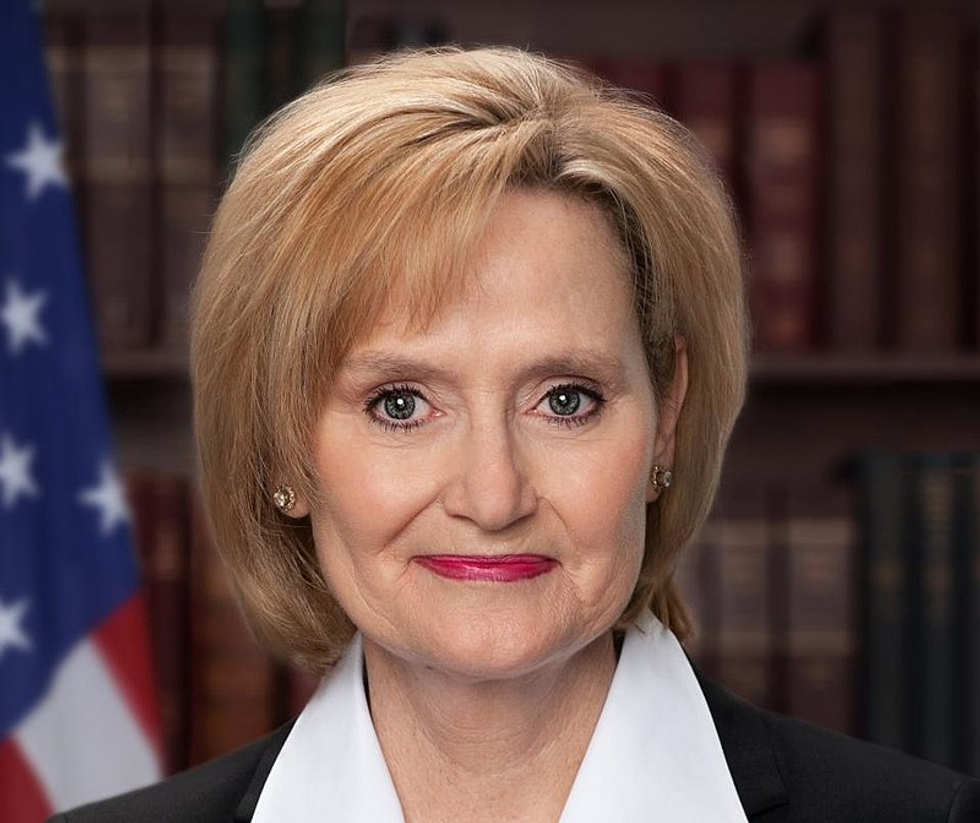 On Thursday, progressive blogger Lamar White Jr. uploaded footage of Mississippi Sen. Cindy Hyde-Smith talking to a cattle rancher in Starkville on November 3. During the conversation, she remarked that maybe it would be a good idea to prevent liberal college students from voting.

"And then they remind me, that there's a lot of liberal folks in those other schools who that maybe we don't want to vote," she said. "Maybe we want to make it just a little more difficult. And I think that's a great idea."

According to CNN, Hyde-Smith's campaign now insists that she wasn't being serious. "Obviously Sen. Hyde-Smith was making a joke and clearly the video was selectively edited," said her spokeswoman Melissa Scallan.

On the other hand, voter suppression of college students is a popular tactic among Republican lawmakers. Earlier this year in New Hampshire, Gov. Chris Sununu signed a bill effectively putting a poll tax on students in the state, by forcing them to pay for in-state driver licenses to prove they are "domiciled" there.

Hyde-Smith did not clarify what she meant by "those other schools." However, as CNN notes, Mississippi is home to numerous historically black colleges and universities. The last Census found the state's population is 37 percent black, the highest of any state, and black voters there choose Democrats by a wide margin.

White is the same blogger who previously released a video of Hyde-Smith's controversial comment in Tupelo that she would "be on the front row" if another supporter invited her "to a public hanging" — deeply loaded language in the state with the highest number of lynchings from 1882 to 1968.

Hyde-Smith was appointed to her Senate seat by Gov. Phil Bryant after Sen. Thad Cochran resigned due to illness. She is now seeking a full term against former Democratic congressman and Secretary of Agriculture Mike Espy, who is seeking to be the first black senator from Mississippi since Reconstruction. Because Mississippi Senate elections require an absolute majority, Hyde-Smith and Espy are currently in a runoff election which will take place on November 27.

Espy's campaign spokesman Danny Blanton has condemned Hyde-Smith's remarks on student voting. "For a state like Mississippi, where voting rights were obtained through sweat and blood, everyone should appreciate that this is not a laughing matter. Mississippians deserve a senator who represents our best qualities, not a walking stereotype who embarrasses our state."