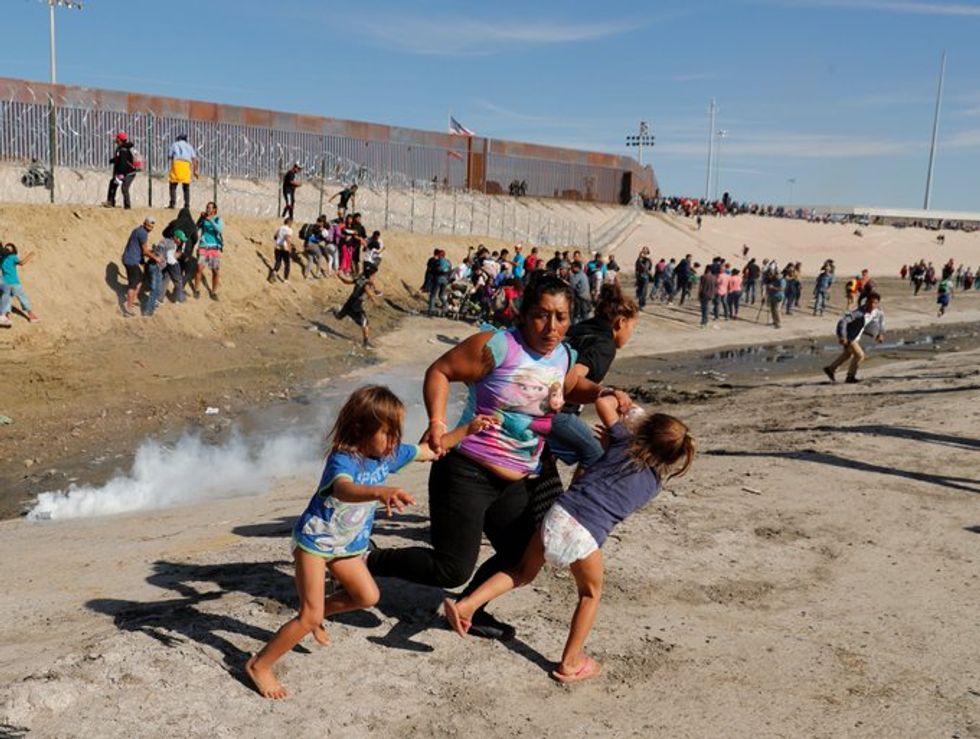 "Children were screaming and coughing in the mayhem," the Associated Press reported. "On the U.S. side of the fence, shoppers streamed in and out of an outlet mall."

Earlier on Sunday, U.S. authorities closed off both directions of the San Ysidro port of entry, which is one of the largest border crossings between the U.S. and Mexico.

"Imagine having tear gas launched at you after escaping gang violence/poverty while carrying your child," Juan Escalante, a columnist at the Huffington Post, wrote on Twitter.

The demonstrations by Central American asylum seekers came amid reports that the Trump administration is looking to cut a deal with the newly-elected Mexican government to keep migrants out of the U.S. until their asylum claims are fully processed.

While U.S. President Donald Trump took to Twitter late Saturday to claim that asylum seekers will now be forced to stay in Mexico until their cases are processed, the incoming Mexican government officials said publicly that no such agreement has been reached.