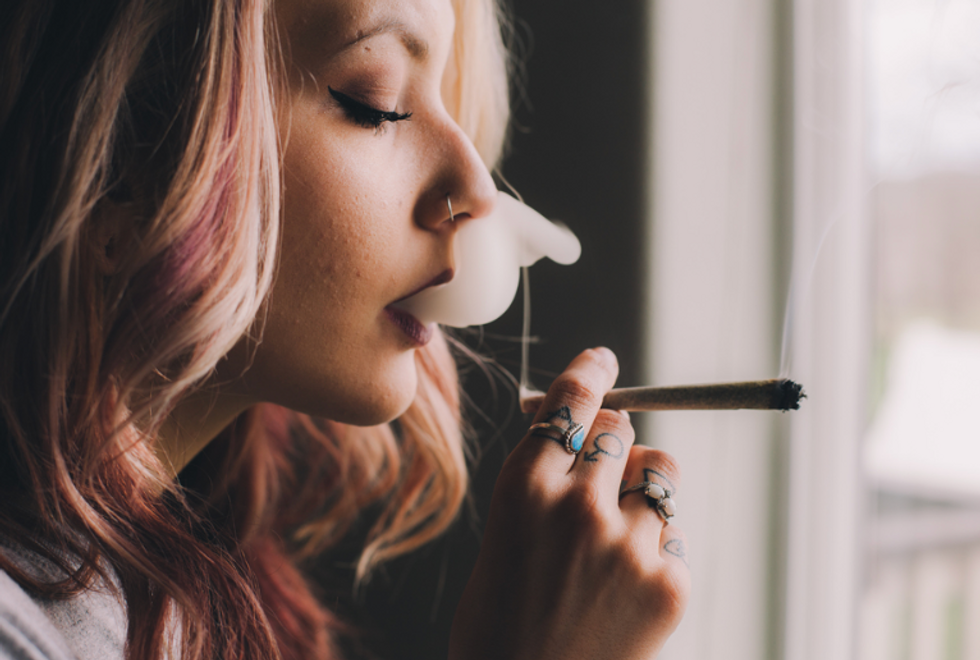 It was probably inevitable. As marijuana emerges from the underground and people with dollar signs in their eyes glom onto this hot new capitalist commodity, offerings aimed at the upscale pot person are making their entry into the marketplace.

From “carefully curated” selections of buds to bejeweled vaporizers costing tens of thousands of dollars, entrepreneurs are aiming squarely at where they think the money is: The high end of the getting-high population.

The marketing of conspicuous cannabis consumerism is a far cry from notions of cultural nonconformity, freedom, and racial and social justice that impelled marijuana’s movement from out of the shadows. While it would be naÃ¯ve to think that the profit motive had no role in pot’s rise, it’s probably safe to say that previous generations of reefer rebels were not driven primarily by the need for more, better bling.

But this is America in the time of Trump, and classless crassness is very much in the air. When it comes to marijuana, the proudly self-confessed “capitalist tool,” Forbes has come to the rescue of deep-pocketed pot people who don’t know what precious bauble they want most to demonstrate their hempen hipness with its Holiday Gift Guide 2018: The Ultimate Luxury List For Cannabis Connoisseurs.

We’re going to skip over the small change items—like the HermÃ¨s Cheval D’Orient Mini Ashtray Set ($475), the Puffco Peak “streamlined” vaporizer ($379.99), and the Monogram Rogue Paq vaporizer carrying case ($339.99 for Italian leather, but the vegan leather version is a steal at $239.99!)—and head right for some of the most over-the-top items. If you or your favorite pot smoker have more cash than consciousness, you might want to check out these five products:

The Beverly Hills jewelry designer has been doing reefer-inspired pieces for a while now, but as Forbes notes, “her Sweet Leaf stamp looks best on a vintage stainless steel, 10-diamond baguette Rolex.” She only makes these by special order.

Phoenician created the 24-karat gold-plated version of its four-piece grinder design with the aim of making “the most expensive grinder in the world.” Way to go. Again, this item is available by special order only, so order now to get yours by Christmas. Includes built-in ashtray and rolling papers compartment.

Okay, it is hand-knitted and hand-dyed cashmere, and it is a one of a kind piece. But $1,700 for a sweater? Even if it does have an embroidered black pot leaf?

Carole Shashona unveiled these black diamond-encrusted beauties at Barney’s New York Beverly Hills flagship store in June as part of a “dedicated effort to raise awareness about the positive benefits of marijuana and to break mainstream stereotypes.” And put some money in the bank.

A brand that wants to be known as the “HermÃ¨s of Marijuana,” Beboe collaborated with jewelry maker Daniela Villegas to create “bespoke, bejeweled cases” made of “a solid 18-karat gold piece embellished with precious stones and inspired by nature.” Again, these are by special order only. You can order one now for Christmas, or you could buy lunch for 20,000 poor kids. Your call.