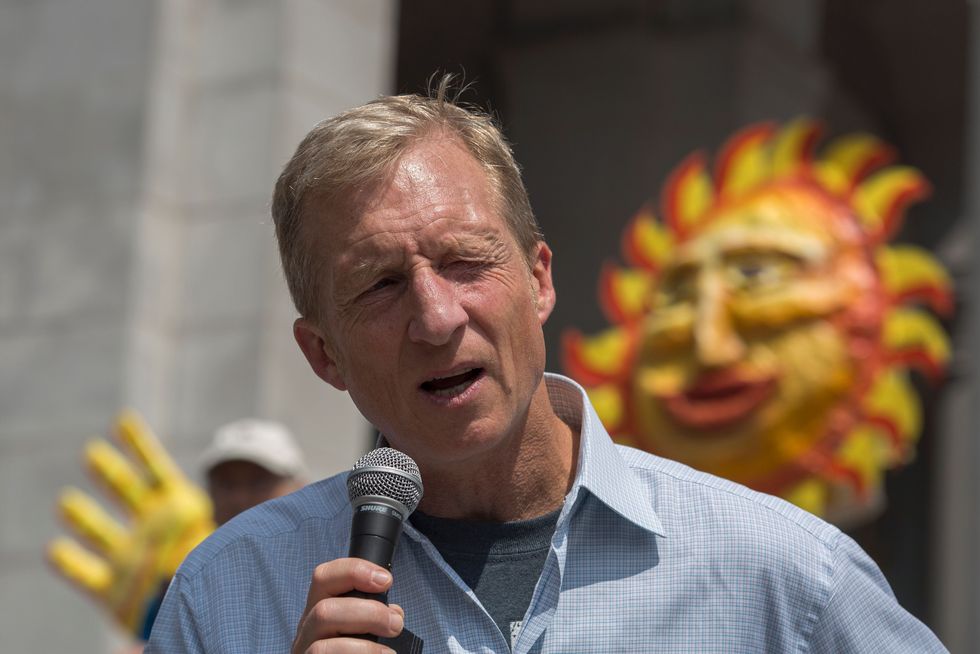 With Democrats having obtained a majority in the House of Representatives in the 2018 midterms, a debate one will be hearing a lot in Democratic Party circles is: to impeach, or not to impeach? Democratic opponents of impeaching President Donald Trump argue that even with a House majority; Democrats shouldn’t overplay their hand. But Democratic activist Tom Steyer, founder of Need to Impeach and NextGen America, doesn’t agree. Steyer is very much a proponent of impeachment, and he outlines his reasons in his latest op-ed for the New York Times.

Steyer opens his article by describing the blue wave that occurred on November 6. Democrats, Steyer notes, “received 7% more votes than Republicans—about three million—in an election that saw a higher percentage of voters than any midterm since 1966. Those voters flipped seven governorships and 367 state legislative seats to Democrats, giving them majorities in seven more state chambers.”

But that blue wave, Steyer quickly adds, “should have been even bigger. Democrats’ inability to run the table on a Republican Party that depended on lying, race-baiting and suppressing the vote is a sign that the American people do not know what the Democratic Party stands for.” And impeachment, Steyer asserts, would be a way for Democrats to show voters that they mean business when it comes to holding Trump accountable.

“As President Trump continues to accelerate his lawlessness,” Steyer declares, “the new Democratic House majority must initiate impeachment proceedings against him as soon as it takes office in January.”

Mueller’s probe, Steyer adds, is “at risk” because “Whitaker could prevent the special counsel’s team from reaching a just conclusion or even releasing its findings to the public.”

Fellow Democrats who oppose impeachment, Steyer stresses, are doing their party a disservice and “must stand up for the safety of the American people and our entire democratic system.”

“We cannot allow this to be an argument about what Republicans will permit,” Steyer concludes. “It’s about demanding the truth and protecting the foundations of our free society. Anything less would mean abandoning the Constitution.”