'A big giveaway to stockholders': Paul Krugman argues the GOP's tax scam is making 'America as a whole poorer' 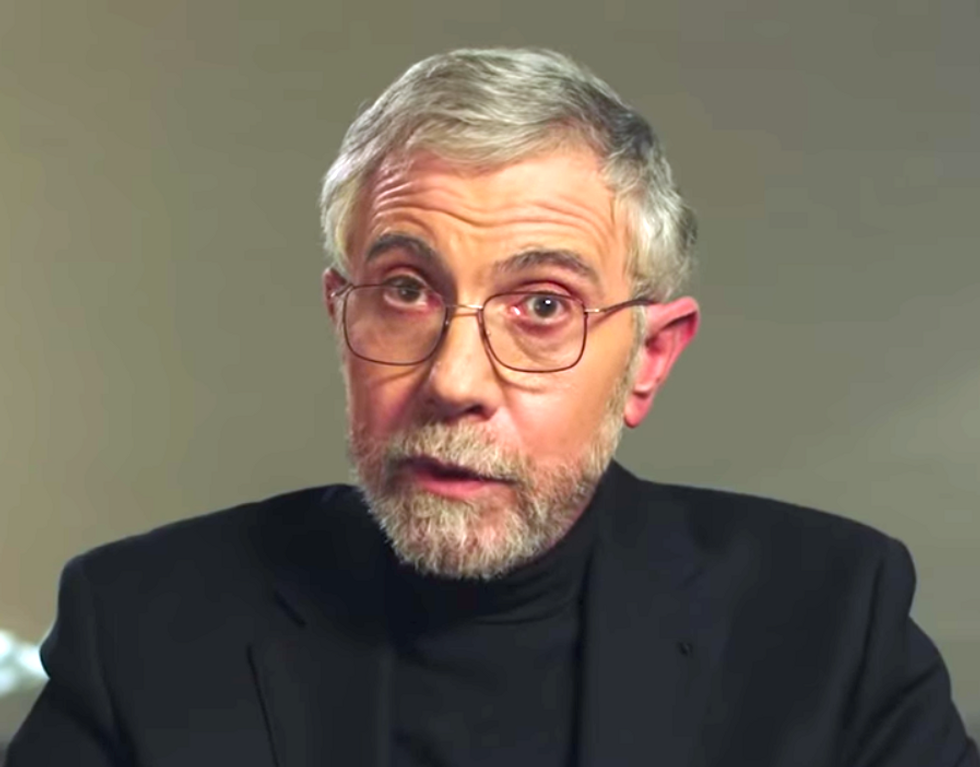 Republicans already know that their sole major legislative achievement thus far in President Donald Trump's administration is not popular with the American people, which is why none of them campaigned by touting the GOP tax cuts. But as Paul Krugman argued in the New York Times this week, the evidence shows that the tax legislation isn't bringing its promised benefits to the country and is actually making the country poorer.

"The moral of this story is that the tax cut seems to have produced some biggish financial activity on the part of corporations, but it’s all basically accounting maneuvers signifying nothing," Krugman wrote. "A balance of payments perspective, like other perspectives, points to a tax cut that, surprise, cut taxes on corporations, but had few real consequences for the economy."

So why does Krugman say the tax cuts actually cost the United States?

Well, one of the key reasons advocates the GOP's tax plan argued that the bill would be a boon for the country's economy over the long term — including the working class, which received very little of the direct benefits from the cuts — is that they believed it would unleash large flows of capital to invest in American enterprises.

And though the data is somewhat murky, Krugman believes the overall picture is clear.

"But overall the data tell a consistent story about what has happened to capital inflows since the tax cut went into effect, which is … nothing much," he argued. "That elaborate financial dance between corporations and their subsidiaries seems, in fact, to be an accounting maneuver with little real-world relevance. The international consequences of the tax cut appear to be minimal."

Though Krugman is often a fierce critic of the right's most pernicious ideas, he acknowledged that, on its face, the GOP's theory of how the tax cuts might help the economy wasn't "totally stupid."

It's just that, as an empirical matter, it turned out to be "quite wrong."

He also pointed out that even if the theory about the economic benefits were true, it would entail that the United States' trade deficits would drastically increase. Trump, of course, has consistently bemoaned the existence of trade deficits, viewing them as evidence that the country is getting ripped off. The president has never made clear why he backed a tax cut based on a theory that so directly contradicts his stated view of trade deficits — but the most obvious answer is that he has no idea what he's talking about.

Without a significant increase in capital inflows, the basic theory of why the tax cuts were a good idea falls apart. The knock-on benefits of a wave of growth-inducing investment is proving elusive — so what we're left with is a massive payout to the wealthy, corporations, and stockholders, while U.S. government revenues take the hit and the federal deficit rises.

And since 35 percent of stockholders in American businesses are foreigners, Krugman explains, much of the lost revenue is being taken from the U.S. government and put in the pockets of overseas investors. Hardly what anyone would think of when they imagine an "America first" tax policy.

Actually measuring the impact of this foreign turns out to be extremely complicated, so Krugman just made it simple: "corporate taxes have been cut by around $100 billion a year, so that’s around $35 billion going to foreigners."

So, he concludes, the much-ballyhooed tax cut that was supposed to unleash American innovation and raise the wages of the workers across the country — the pinnacle of House Speaker Paul Ryan's hypocritical and self-righteous tenure in Congress — turns out to be a bust, just as many predicted. Not only has it failed, Krugman argued, but it has made "America as a whole poorer."