'An attempted power grab by a would-be authoritarian movement': Paul Krugman explains why the GOP's reaction to the 2018 midterms is an 'existential' moment for the US 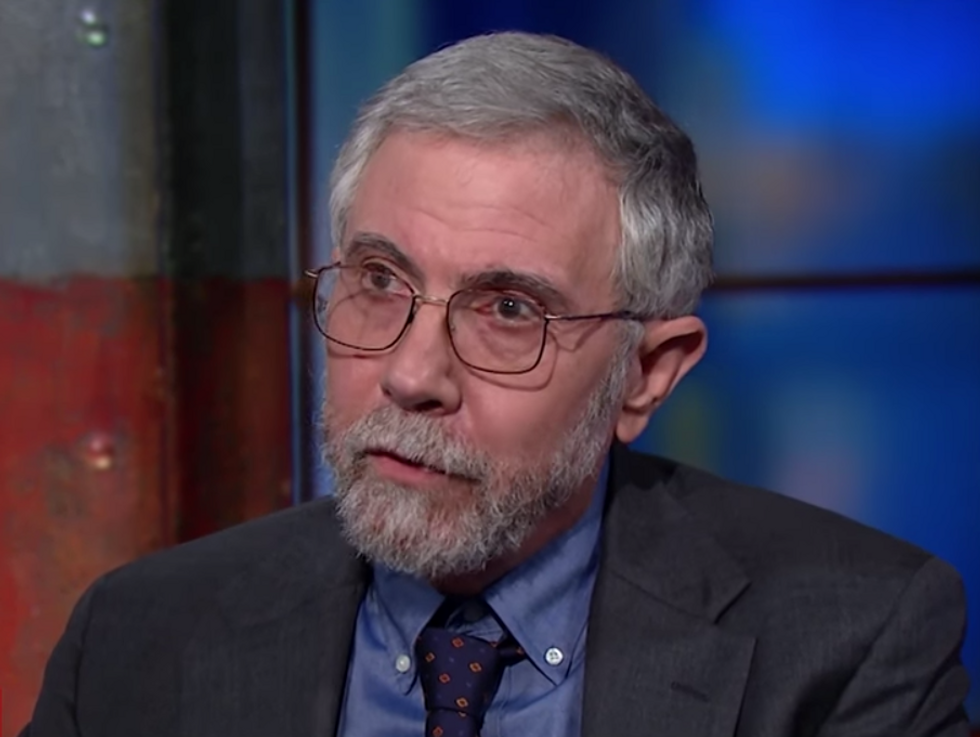 It's long been clear that President Donald Trump has no interest in or regard for the notion of objective truth — he'll say and believe whatever he has to in order to perpetuate his own power as much as possible.

And as Paul Krugman argued in a new op-ed for the New York Times Monday, the events surrounding the 2018 midterm elections show just how far the Republican Party will take its license to invent a new distorted reality whenever it's convenient.

"The attempt by Trump and his party to shut down the legally mandated Florida recount with claims, based on no evidence, of large-scale voting fraud fits right into this partisan epistemology," wrote Krugman. "Do Republicans really believe that there were vast numbers of fraudulent or forged ballots? Even asking that question is a category error. They don’t 'really believe' anything, except that they should get what they want."

This effort to secure political power by appeals to nonsense conspiracy theories is an "attempted power grab by a would-be authoritarian movement," Krugman said, and it poses an "existential" threat to American democracy.

Even in Arizona, he noted, where Democrat Kyrsten Sinema was officially declared the winner of the open Senate seat Monday night, the state GOP has filed a Freedom of Information Act request for any connections between election officials and George Sorors.

Despite reports that the GOP leadership wanted her to stay in and fight the result, Republican Martha McSally conceded the race Monday night to Sinema. But even in this case, Krugman's point is only reinforced. McSally is likely hoping to be appointed to the late Sen. John McCain's seat, and she's more likely to secure that vacancy if she doesn't embarrass herself by not conceding. So whenever it's politically convenient, Republicans can acknowledge there's no voter fraud to contest; but whenever there might be political advantage to obtain, they're happy to engage in conspiracy mongering with no basis in fact.

"The same worldview explains Republicans’ addiction to conspiracy theories. After all, if people keep insisting on the truth of something that hurts their party, it can’t be out of respect for the facts — because in their world, there are no neutral facts," wrote Krugman.

While Trump has clearly embraced a disregard for truth with particular vigor, Krugman argued that this warped view of reality has long been a fundamental part of the GOP ideology.

He explained: "It’s worth pointing out, by the way, that this rejection of objective facts and insistence that anyone insisting on inconvenient truths must be part of a left-wing conspiracy dominated the Republican psyche long before Trump. Most notably, the claim that the overwhelming evidence for global warming is a giant hoax, the product of a vast plot involving thousands of scientists around the world, has been G.O.P. orthodoxy for years."

As the party digs in its heels to wield as much control as possible, it is important to remember that the Democrats party is not the GOP's mirror image. Moderate pundits love to image there's a symmetry between the misbehavior of the two parties, but that hasn't been true for a long time.

"Democrats, being human, sometimes have biased views and engage in motivated reasoning. But they haven’t abandoned the whole notion of objective facts and nonpolitical goodness; Republicans have," said Krugman.