Ammon Bundy breaks with Trump over 'dangerous' and 'fear-based' anti-immigration rhetoric: 'It's all selfishness' 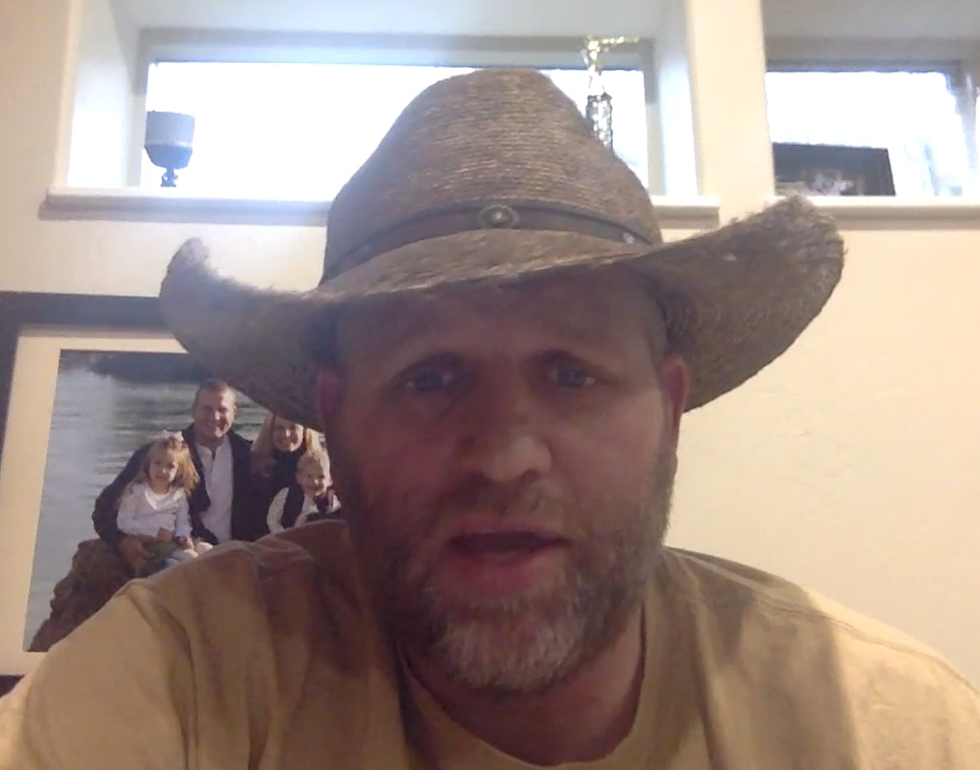 Nevada cattle rancher Cliven D. Bundy enjoyed considerable praise from the alt-right and far-right anti-government militia groups when, in 2014, he initiated an armed standoff against federal and state law enforcement over his refusal to pay grazing fees. Many of the far-right anti-government types who praised Bundy two years ago were drawn to the nationalist and “America first” themes of President Donald Trump’s 2016 campaign, but in an ironic and surprising twist, Bundy’s 43-year-old son, Ammon Bundy, has expressed sympathy for the caravan of Central American refugees that Trump and many other Republicans have been demonizing.

In a 17-minute Facebook video posted on November 27, Ammon Bundy stressesthat it is wrong for the president to stereotype everyone in the caravan as a criminal or a terrorist when in fact, many of the refugees are fleeing violent crime. The caravan originated in Pedro San Sula, Honduras and has been gradually making its way north to the U.S./Mexico border.

“The conditions in Honduras, factually, are terrible, and their country has been overcome by criminals,” Ammon Bundy asserts in the video. “There’s lots of reasons for that, but ultimately, what it comes down to is that the criminals—both in the government and the street criminals—have made it very difficult to live there. Honduras, for the last decade, has been number 1 or number 2 in the world when it comes to homicides.”

The Honduran government, Ammon Bundy notes in the video, “has not protected the people from the criminals.” And in researching the caravan, he notes, he wanted to take a look at the facts, “get the truth” and “not be sucked into a vacuum of the right or a vacuum of the left.”

The refugees, Bundy stresses in the Facebook video, should be judged as individuals—not lumped together and pre-judged as criminals or terrorists. President Trump, Bundy points out, has “basically called them all criminals….There’s been this group stereotype, but what about the individual?.....What about the fathers, the mothers and the children that have come here and are willing to go through the process to apply for asylum?"

BuzzFeed’s Salvador Hernandez has commented on Ammon Bundy’s video. In a November 27 Twitter post, Hernandez wrote, “It’s not entirely surprising the Bundys would support immigrants,” adding, “Though much of their support comes from militia & right wing groups, much of their ideology comes from Mormonism, the concern of federal overreach, prosecution, and individual freedom.”