Americans outraged after 'Trump regime used chemical weapons' on kids seeking asylum in the US: 'Inhumane, depraved and unjust' 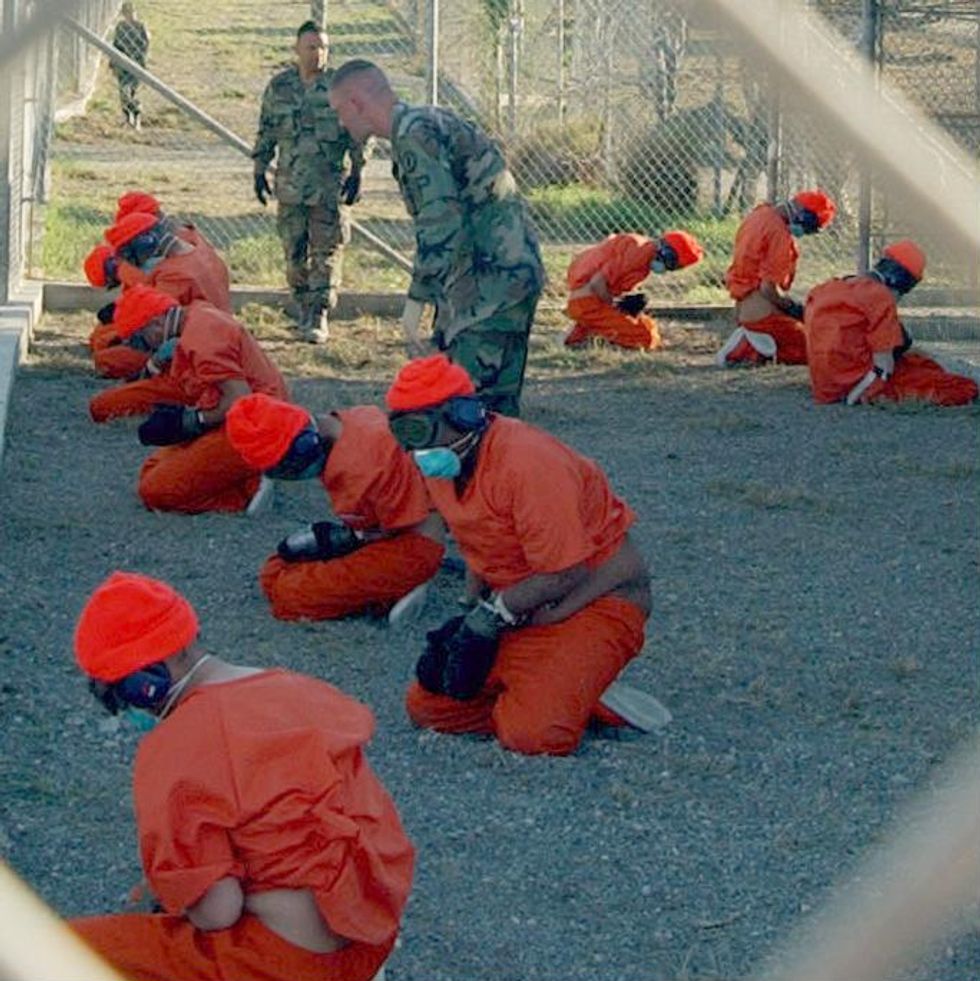 President Donald Trump authorized shooting tear gas late Sunday afternoon from the U.S. border into Mexico against hundreds of migrants, including pregnant women, and children in diapers. News slowly spread as the Thanksgiving holiday weekend wrapped up and millions were traveling back home, but by Monday morning countless Americans expressed outrage.

Photos from Reuters showing families, mothers, fathers, and even young children and infants fleeing by foot fueled the anger and upset.

"Children screamed and coughed. Fumes were carried by the wind toward people who were hundreds of feet away."

"We ran," a 23-year old Honduran woman told the Associated Press, "but when you run the gas asphyxiates you more." The AP notes she was "cradling her 3-year-old daughter Valery in her arms."

A reporter with the UK's ITV News reports US military helicopters entered Mexico's airspace during the attack:

Us military helicopters all over Mexican side of border now. Normal protocol bars this. https://t.co/q5mfnmvX1z
— emma murphy (@emma murphy)1543175686.0

On CNN Monday morning Chief U.S. Border Patrol Agent Rodney Scott defended the use of tear gas by saying agents had to use it to protect themselves after some migrants began throwing rocks at them. When asked if any of the agents had been hurt he admitted they were not.

"You gotta do what you gotta do," he said on CNN.

The Washington Post reports the outrage appears to be partisan, with Republicans supporting the President's use of tear gas against defenseless people seeking asylum.

"Unlike the relatively bipartisan criticism of Trump’s now-abandoned 'family separation' method of deterring migrants, the initial outrage at the tear gassing of children appeared to come primarily from Democrats and critics of the president."

Here's how many responded to Trump's tear gassing of children.

This is how American media would describe this if this happened in a non western country: “American security force… https://t.co/HF150sd4pi
— Karen Attiah (@Karen Attiah)1543206693.0

Anyone uncomfortable with spraying tear gas on children is welcome to join the coalition of the moral and the sane.… https://t.co/DTCA4mCMDF
— Brian Schatz (@Brian Schatz)1543188368.0

These children are barefoot. In diapers. Choking on tear gas. Women and children who left their lives behind -- se… https://t.co/r3SXbDyGGW
— Gavin Newsom (@Gavin Newsom)1543208589.0

What Trump is doing is illegal: “Children screamed and coughed in the mayhem of the tear gas. Fumes were carried by… https://t.co/vBFmNdAk89
— Amy Siskind (@Amy Siskind)1543191747.0

We allow students to give the Nazi salute yet punish football players who take a knee. We kidnap and cage children.… https://t.co/QsfAl5nJB2
— Randi Mayem Singer (@Randi Mayem Singer)1543186095.0