'The Aftermath Will Be Ugly': Paul Krugman Warns that 2018 May Be the 'Last Chance' to Stop the Dark Forces of Trumpism 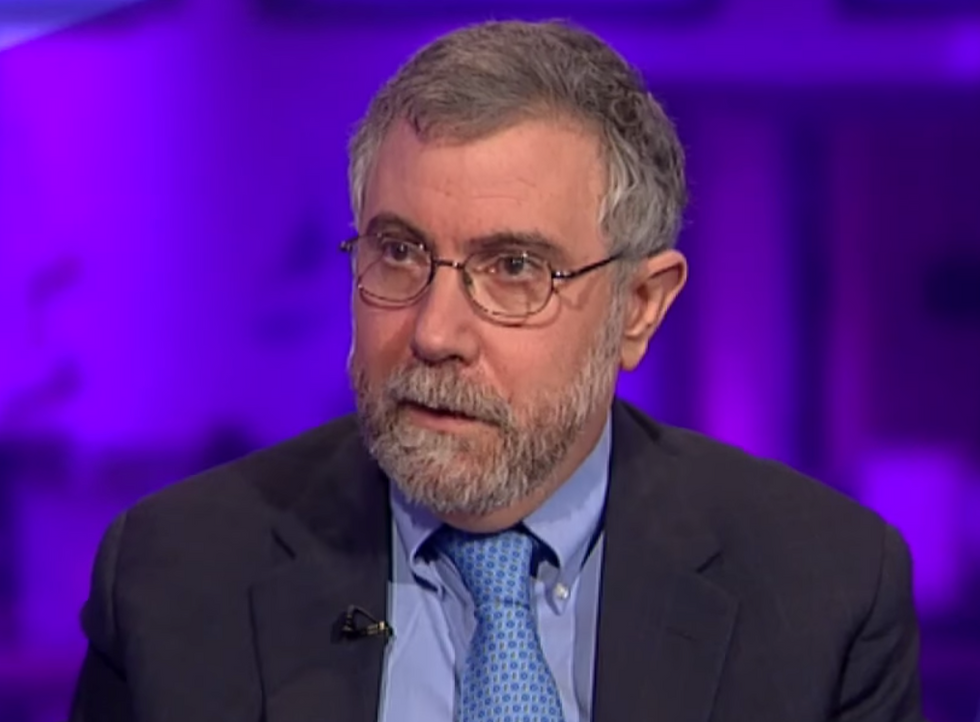 With the 2018 midterm elections this week, Paul Krugman is hardly optimistic.

In a new column for the New York Times, the economist warned Monday that no matter what the election brings, "the aftermath will be ugly."

Nevertheless, one outcome is clearly better than the other. If Democrats fail to win back the U.S. House of Representatives, he warns of a serious blow to American democracy.

"In fact, it’s not hyperbole to say that if the G.O.P. holds the line on Tuesday, it may be the last even halfway fair elections we’ll ever have," he wrote. With voter suppression the all-but-official policy of the GOP, the party will use any grip on power it has to further marginalize the Democratic electorate and secure its minority rule.

Trump has shown, he argued, a willingness to severely abuse his presidential powers for electoral gain. There's no rational explanation for his decision to send the military to the border long before of the Central American migrant caravan's arrival — which, as it happens, poses no real threat to the United States.

"This deployment clearly serves no national interest; it’s a blatant misuse of the power of the presidency for partisan political advantage," he wrote.

In this, Krugman sees parallels to authoritarian regimes like Hungary and Poland that have merely a facade of democracy. That fate could be our future, in Krugman's view, if the GOP's brazen disregard for democratic norms is even mildly rewarded.

So what will happen if Democrats do win? It's certainly the only acceptable outcome, Krugman believes. But it will still be a bumpy ride.

"Remember, Donald Trump claimed — falsely, of course — that millions of immigrants voted illegally in an election he won," he wrote. "Imagine what he’ll say if he loses, and what his supporters will do in response. And if and when a Democratic House tries to exercise its powers, you can be sure it will be met with defiance, never mind what the Constitution says."

For evidence of this, just look to what Trump himself said Monday when asked if he fears the Democrats going after his tax returns, assuming they win the House.

The idea that he can do whatever he wants is, of course, belied by the U.S. Constitution. The House has clear authority to subpoena his tax returns, and Trump has no power to stop it. But it's clear Trump is committed to doing whatever he can to avoid oversight, and the coming months may well be a test of how far he is willing to go.

Either way the election turns out, those who oppose the president and his agenda should settle in for a long struggle. Because Trump is certainly not going anywhere without a fight, and the GOP as a whole is committed to doing whatever it can to maintain its hold on power.