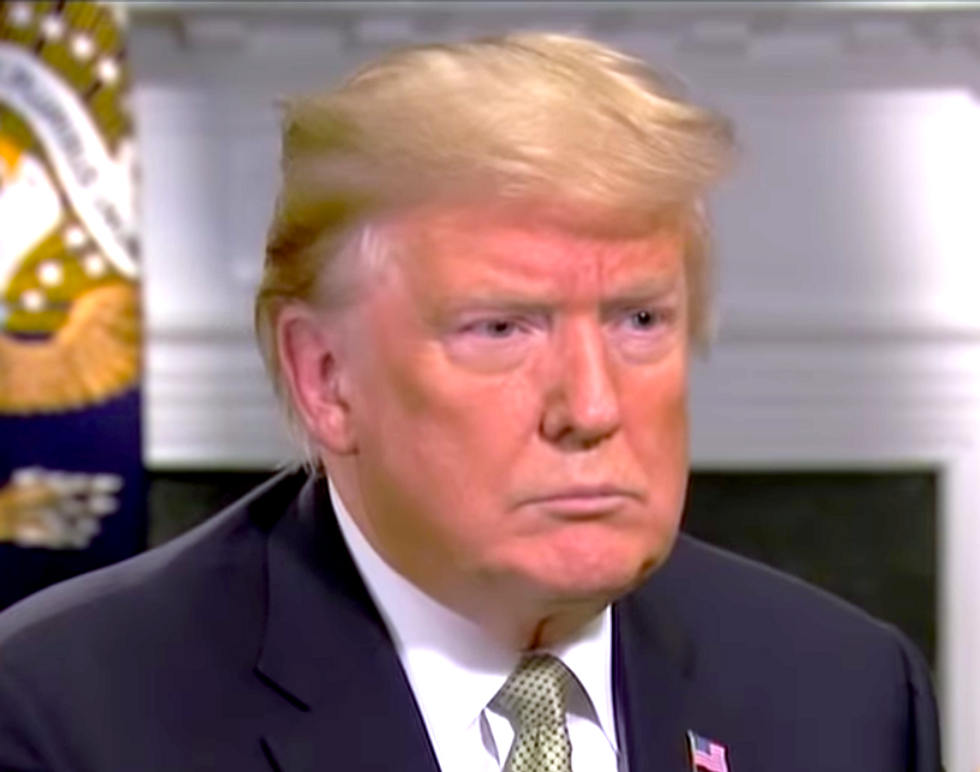 One of the only major accomplishments Republicans can claim in the past two years was their transformation of the federal judiciary.

In addition to two Supreme Court justices, President Donald Trump got a huge slew of judges confirmed to district and appellate courts, with the help of now-departed White House Counsel Don McGahn. One of every six appeals court judges in America has now been appointed by Trump, and several of these judges are terrifyingly extreme.

So it had to have stung that this week, Republicans were humiliated no fewer than three times in federal court, by Trump-appointed judges.

On Thursday, Trump-appointed D.C. District Court Judge Dabney Friedrich denied Concord Management and Consulting's motion to dismiss an indictment against them by Special Counsel Robert Mueller in connection with the investigation of Russia. Concord is a Russian company accused of helping to develop a "troll farm" that bombarded social media with propaganda messages during the 2016 presidential election.

Mueller had charged Concord with conspiracy to conceal election activity and foreign agent lobbying. Concord claimed in its motion that the conspiracy charge was meritless because Mueller was not actually charging them with the underlying violations of U.S. law. Friedrich disagreed, and allowed the indictment to move forward.

This is the second time this year that Friedrich has ruled in favor of the Mueller investigation. Concord had previously asked her to throw out the indictment on the grounds that Mueller's appointment itself was unconstitutional, an argument she dismissed.

While these proceedings do not involve Republicans per se, the ruling stands in stark contrast to Trump's ongoing insistence that the Mueller investigation is "absolutely nuts" and a "witch hunt." According to at least one of his own judges, Mueller has every right to hunt those witches.

This week, Rep. Bruce Poliquin (R-ME), the last remaining Republican congressman to represent New England, got a one-two punch. He lost in court, before a Trump-appointed judge — and then he lost his election.

After all the votes were tallied, Poliquin led his Democratic opponent, state Rep. Jared Golden, by 46.2 to 45.5. But the election was not over, thanks to Maine's new ranked-choice voting system. Under this system, voters rank the candidates instead of choosing just one, and if no one wins an outright majority of first-place votes, the candidate with the fewest first-place votes is eliminated, and their votes are redistributed to the people those voters claimed as their second choice. Then the next candidate is eliminated, and so on and so on, until one candidate has a majority.

This system was desperately needed in Maine, as elections there tend to have lots of independents running and splitting votes in ways that result in unpopular candidates winning. The problem for Poliquin was that ranked-choice voting was likely to doom him. There were four candidates on the ballot: himself, Golden, and independents Tiffany Bond and Will Hoar — and polls showed that voters backing the independents preferred Golden.

Desperate to head off the results of the election, Poliquin filed a lawsuit in the Federal Court for the District of Maine, arguing that any system other than plurality voting is unconstitutional. The lawsuit was ridiculous, as nothing in the Constitution specifies how votes must be counted, and there are many states currently that use systems other than a plurality.

On Thursday, Judge Lance Walker, a Trump appointee, smacked down the lawsuit. And a few hours later, Poliquin lost the ranked choice count — making him the first incumbent from Maine's 2nd Congressional District to lose re-election in over 100 years.

Probably the most high-profile of these losses was Trump's battle with CNN reporter Jim Acosta.

The day after the election, Trump lost his temper when asked about his characterization of the Honduran migrant caravan by Acosta, calling him "a rude, terrible person." Soon after, the administration revoked Acosta's press credentials, denying him access to the White House grounds without an escort. Amid howls of outrage from journalists, Press Secretary Sarah Huckabee Sanders claimed they had revoked Acosta's press pass for "placing his hands" on a woman working at the White House, but this was quickly exposed as a lie and the video the White House used to support the claim was doctored.

This week, CNN, sued the White House in D.C. District Court, complaining that the suspension of Acosta's credentials violated the First and Fifth Amendments. There was precedent for their lawsuit, as a 1977 court ruling held that White House correspondents cannot be banned from the briefing room without due process. Several media organizations joined in support of CNN, including NBC News, The Associated Press, Bloomberg, Gannett, The New York Times, Politico, USA Today, The Washington Post — and even Fox News.

On Friday, Trump-appointed District Judge Timothy Kelly sided with CNN, and ordered the White House to reinstate Acosta's credentials. Incredibly, Sanders tried to spin the decision as a win for the White House, but at the same time complied with the ruling and gave Acosta's press pass back.

The rule of law should not be a partisan issue, but increasingly it has become one. So it is validating to see that this week, the judiciary was able to put that aside — to the American people's benefit, and the GOP's cost.