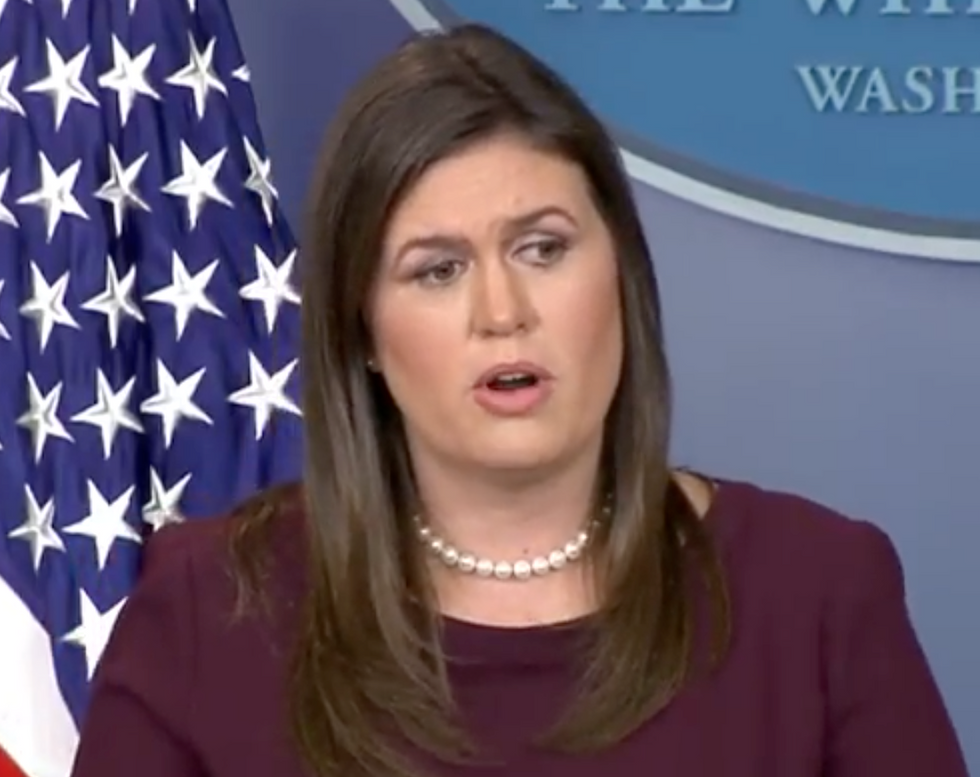 White House Press Secretary Sarah Sanders frequently stands before the American people and dishes out information that is false, demonstrably untrue, and/or an outright lie — as many reports and observers have noted.

On Wednesday, as Sanders continued in her servile show of defending President Donald Trump's deception and atrocious behavior, CNN's Jim Acosta made it clear he has had enough. In front of her face, on live TV, Acosta pointed out that Sanders routinely misleads the press corps and the country.

While defending Supreme Court nominee Judge Brett Kavanaugh, Sanders insisted that the process of vetting the accusations of sexual assault against him have been unfair and strategically manipulated by Democrats.

"The facts have to be looked at," she said.

Acosta asked whether she had a problem with Trump viciously mocking Christine Blasey Ford, one of Kavanaugh's accusers, the night before at a campaign rally.

"I don't have any problem stating facts, no," she said. "I know that's something you probably do have a problem with, but I don't."

Sanders didn't react and just called on another reporter.

@Acosta calls out @PressSec over “the many occasions when you don’t state the facts” after Sanders takes yet anothe… https://t.co/1GzNGOPecz
— Marcus Gilmer (@Marcus Gilmer) 1538589322.0