You Don’t Have to Screw People Over to Survive 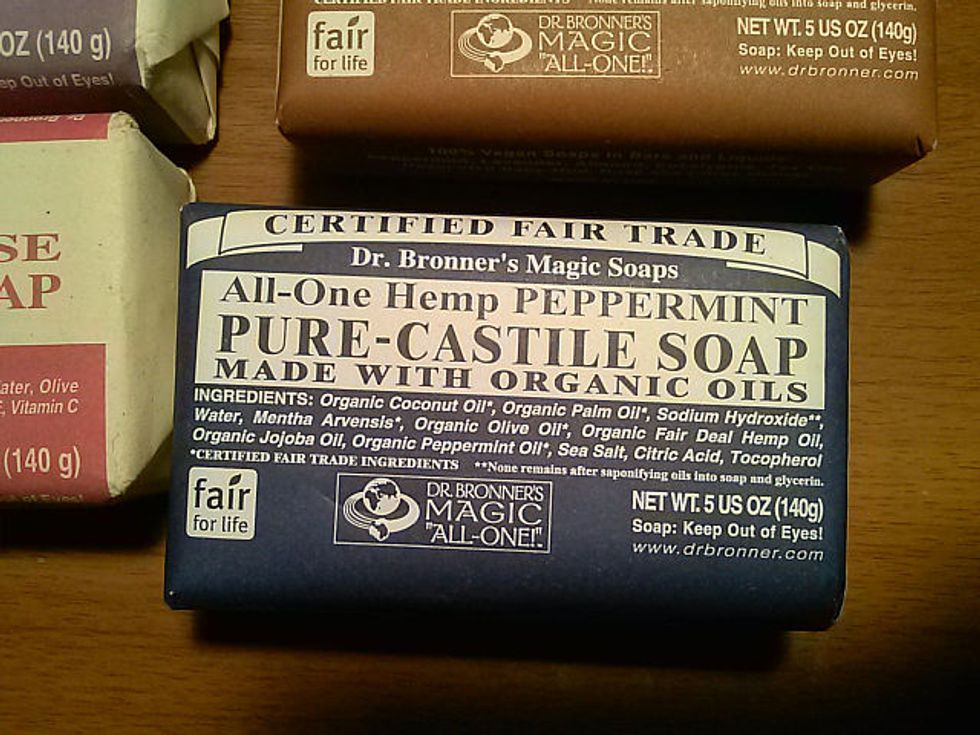 “You don’t have to fuck people over to survive” are wise words I once heard radical comic book artist Seth Tobocman chant, repeatedly. It’s also the title of one of his books. Those words have stayed with me, and I’m a bit surprised more people don’t echo that sentiment.

But one man—and his family business—does.

You might have seen Dr. Bronner’s soap for sale at your local health food store. The labels are legendary, and plenty of look-alikes have popped up, but only Dr. Bronner’s has the All One! manifesto written in tiny font on the label.

This manifesto—principles of uniting humanity—is the reason for the soap. In other words, the soap is used to sell the label, not the other way around.

“We view our commerce, Dr. Bronner’s soap company, solely in terms of promoting Dr. Bronner’s vision of a peaceful, united world across religious and ethnic divides,” says David Bronner, Cosmic Engagement Officer (CEO) of Dr. Bronner’s and the family’s fifth-generation soap maker. His grandfather was Dr. Emil Bronner, whose manifesto is on the label.

In keeping with his grandfather’s ethos, the company caps salary at 5:1, meaning the highest-paid people in the company cannot make more than five times the lowest-paid employee.

To them, All One! means all the people who touch all of the ingredients in all of Dr. Bronner’s products are respected, throughout the supply chain, from farm to market. Dr. Bronner’s treats all with dignity, and strives to ensure they aren’t exploited.

In modern commodity markets, says David, workers and farmers have no visibility. The conditions they work in and the destructive environments they are subjected to are hidden. Children could be picking the coconuts that are used in your coconut oil, but the way the commodity market works, you’d never know it, he says. Coconut oil brokers, he adds, are exploitative. Those exploitative conditions exist in every prospect of the commodities used in everyday products.

Dr. Bronner’s practices what they preach, striving to be truly fair trade across their business and supply chain—fair in their own supply chain, to their own workers, and to the farmers and their suppliers.

Each ingredient of every product has a cool story, says David. From their olive oil procured in both Israel and from the West Bank of Palestine, the family and company stay aligned with their principles across religious, ethnic, and political walls. David stresses the company is not anti-Israel—founder Dr. Bronner’s parents were killed at Auschwitz and Theresienstadt—but does not support Israeli expansionist policy. He calls the Israeli military occupation “B.S.” that prevents many Palestinian businesses from entering the same markets Israel has the benefit of accessing. Through their olive oil partnerships with Canaan Fair Trade in Palestine and Ecogreen in Israel, they are fostering peace and “Growing hope in the Holy Land.”

Beyond the Middle East, the California-based Dr. Bronner’s is dedicated to the causes they support and believe in, including fair trade, drug policy reform, fair wages, hemp and regenerative fiber, and sustainable, organic cannabis.

They procure coconut oil with relief agencies in Sri Lanka, palm oil from farmers in Ghana. They support the Fair World Project. They’re planning for a new regenerative organic certification—one that will identify products adhering to the best practices for soil health, fair labor, and animal welfare, all into one certification. A “truly holistic certification,” David calls it. After all, “‘Organic’ doesn’t have a fair labor component.”

There’s no reason to make products and their producers “go to hell and back” just to get a product to market, he says.

From salary caps to Samoan coconut farmers, that’s a lot of global good to finance. Dr. Bronner’s soap might scare consumers with the price tag at first—$10-$15+ for a 32-ounce bottle of liquid soap. “It’s not a premium, but people will pay more,” says David, when they know the company is treating its employees and its supply chain fairly. And consumers do, often exhibiting a brand loyalty tradition that has gone on for decades. What’s remarkable is that Dr. Bronner’s has done it without advertising—you might have noticed you’ve never seen or heard a television commercial or website banner ad or radio ad for Dr. Bronner’s soap. That’s because they don’t generally use traditional advertisements—though their political activism has made media waves and their advertorials have caused some controversy.

Beyond the All-One! message, David has another message he wants people to understand: “You can succeed doing the right thing. You don’t have to screw over your workers.”

“It’s really important,” he adds, “to demonstrate you can do the right thing and succeed.”

So you really don’t have to fuck people over to survive. In fact, following Bronner’s lead, you can prosper, pay fair wages, facilitate fair trade, and call for doing the right thing politically, like ending the drug war.

Perhaps someone should tell that to Jeff Bezos. Or whatever billionaire seems to be pushing your community back into the Dark Ages.