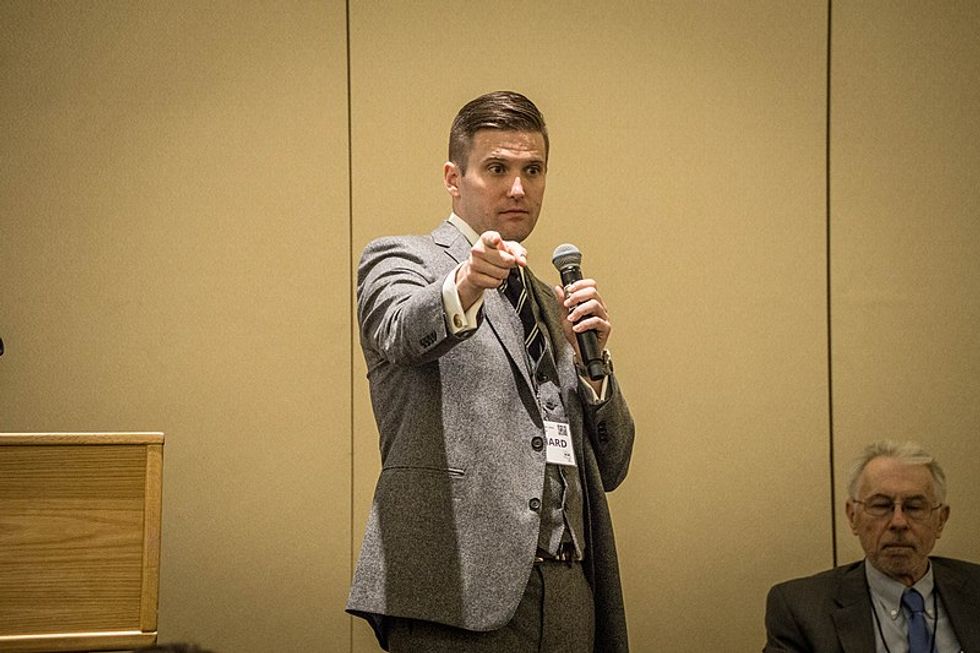 A white supremacist think tank headed by the man who coined the term "alt-right" has just had its tax-exempt non-profit status restored by the IRS. The National Policy institute lost its 501(c)(3) nonprofit status in March 2017, which was "triggered by its failure to file tax returns for three consecutive years," Courthouse News reports.

Spencer told the Associated Press, “When we lost it, it did feel like persecution, to be honest.”

On its website The National Policy Institute says it is "an independent organization dedicated to the heritage, identity, and future of people of European descent in the United States and around the world."

"Heritage" is a dog whistle term that can refer to white supremacism.

"Richard Spencer and NPI are at the forefront of Alt-Right activism," the organization states.

Spencer rebranded racist hate ideology into the term "alt-right" in 2010.