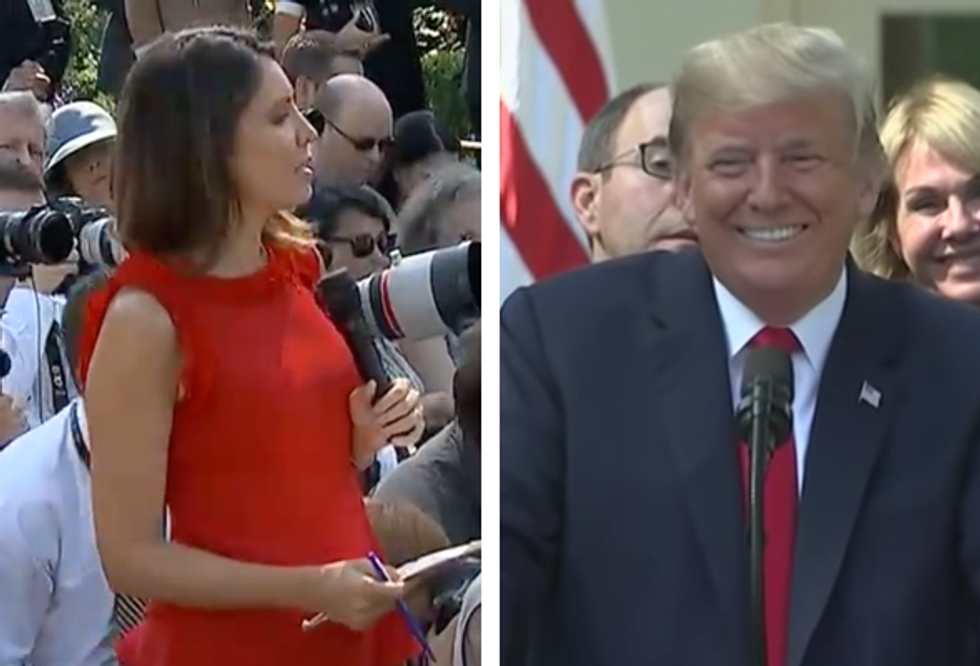 The White House on Tuesday amended a transcript to include an insult against ABC News reporter Cecilia Vega, Politico reports.

The transcript in question depicted an exchange that occurred Monday at the Rose Garden. After signaling to Vega, Trump proclaimed to her colleagues she was “shocked” that he picked her:

Trump: She’s shocked that I picked her. Like in a state of shock.

Trump: That’s okay. I know you’re not thinking, you never do. (emphasis added)

But that was not the exchange originally printed on the White House transcript. Instead of chiding the reporter, Trump purportedly said, “I know you’re not thanking.”

We're all for transparency from the "most transparent [White House] in history" (Remember that gem?).