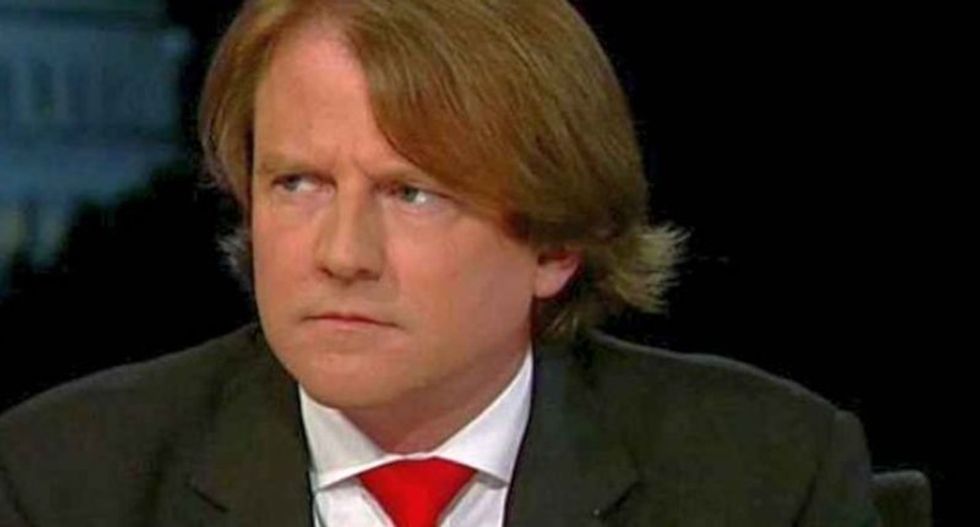 Last week, President Donald Trump agreed to allow the FBI to conduct an investigation of the rape and attempted rape charges levied against Supreme Court nominee Brett Kavanaugh after Sen. Jeff Flake (R-AZ) demanded them before agreeing to support the nominee.

That investigation only took a few days and involved just nine witnesses, neither of which was Kavanaugh or Dr. Christine Blasey Ford, the woman who says she survived an attack by the judge.

According to a new report by the New York Times, that wasn't Trump's fault.

Rather, "an exasperated President Trump" actually wanted a real investigation and was thwarted by the White House counsel, Donald F. McGahn II.

"Tell the F.B.I. they can investigate anything, he told Mr. McGahn, because we need the critics to stop," the Times reports.

However, McGahn convinced Trump that "a wide-ranging inquiry like some Democrats were demanding — and Mr. Trump was suggesting — would be potentially disastrous for Judge Kavanaugh’s chances of confirmation to the Supreme Court."

McGahn also made the case that Trump "could not legally order the F.B.I. to rummage indiscriminately through someone’s life."

So, instead, the FBI wrapped up the investigation without even talking to Ford and Kavanaugh.