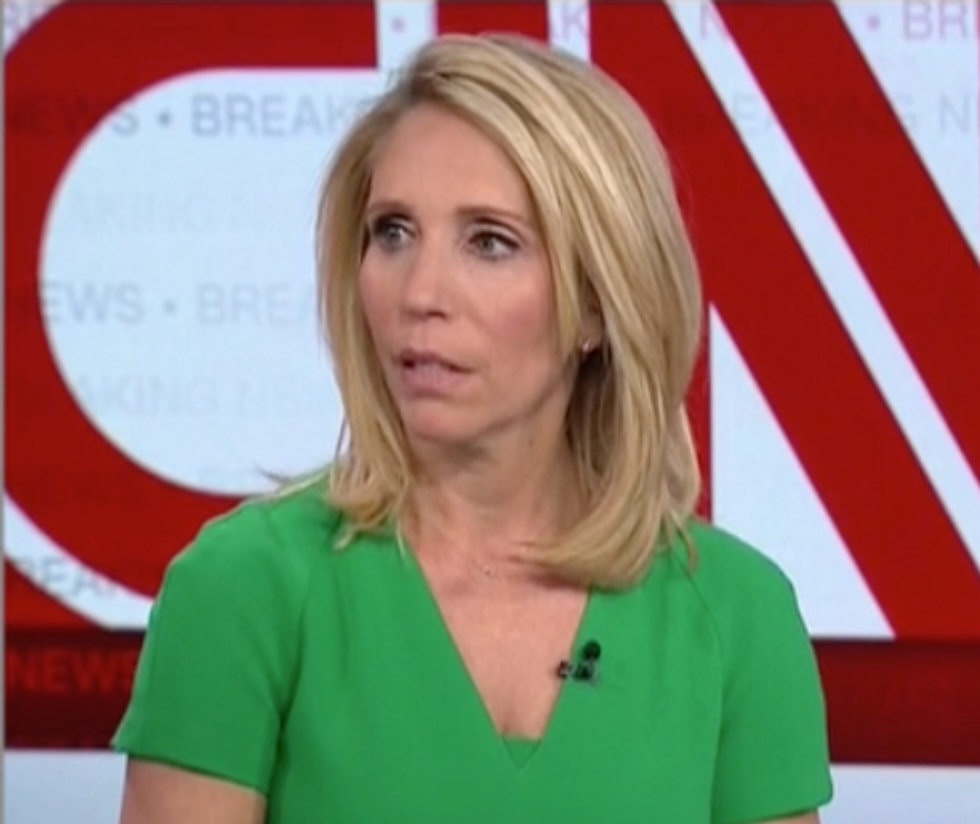 After law enforcement arrested Cesar Sayoc as a suspect in the string of mailed explosive devices to top Democratic figures as well as CNN, Sayoc's alleged van was discovered to be covered in pro-President Donald Trump stickers and images attacking his opponents.

During a CNN broadcast about the arrest, reporter Dana Bash noted that one of the images of the van showed a sticker that said, "CNN sucks."

The president frequently bashes the media and CNN specifically to chants of "CNN sucks" at his rallies.

"Of course the president didn't direct this, he's not technically responsible for this," Bash said. "But he is responsible, not just for allowing the chant 'CNN sucks!' at his rallies, but stoking it. Making clear that he likes it. And all you need is one — forgive me — crackpot. And we've been saying this for two years! And it looks like one may have emerged. And that is the danger. And that is why leadership is the way it is."

She also noted that even after Trump denounced "political violence" Friday at a meeting for black conservatives at the White House and called the mailings "terrorizing acts," the group was led to chant "CNN sucks" after he attacked the polls.

"That wasn't stopped," she said. "That tells you all you need to know." Watch the clip below: