'We Don't Have a Functioning Government!': MSNBC Guest Slams Trump as a 'Child' Surrounded by Scared and Weak Subordinates 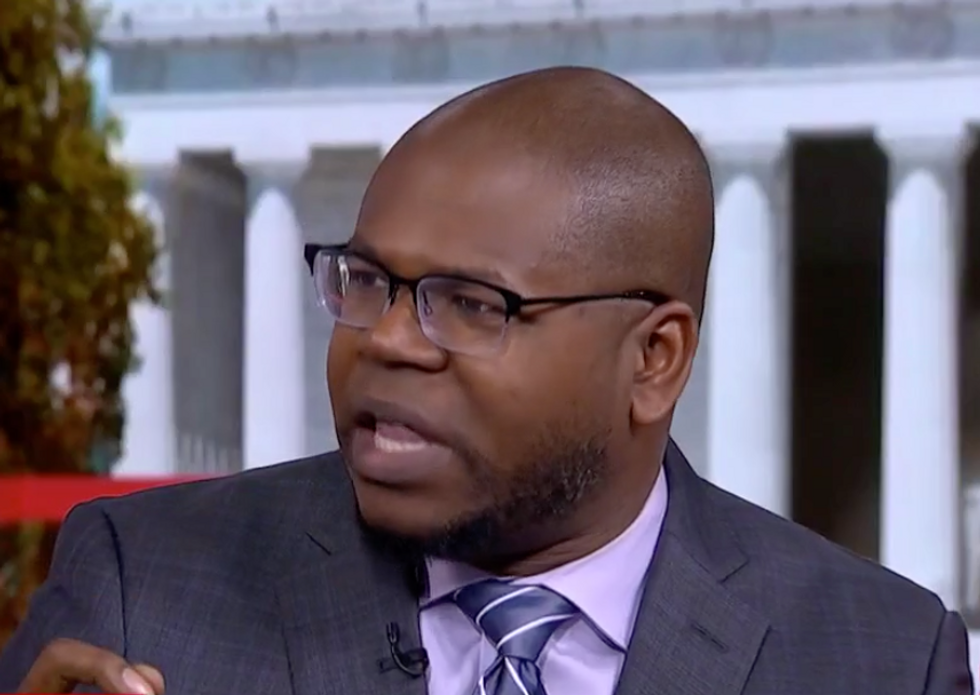 In response to President Donald Trump's constant lying about issues like the immigration and his leaping into new projects like the "Space Force" on whims, many reporters have observed that the White House and the rest of the administration often has to scramble to respond to his latest tweets or off-the-cuff remarks in order to make them a reality.

MSNBC's Nicolle Wallace observed on her show "Deadline: White House" Wednesday that this often puts the administration of acting as the president's de facto campaigners — even when that might be inappropriate — to get his message out.

But Jason Johnson, politics editor for The Root, argued that it's even more troubling than that. Trump and his administration's behavior show that no one is really in charge of the government.

"It reminds me of that old Twilight Zone movie about that kid who had powers," he said. "And everyone had to pretend that they wanted to do what he wanted to do, even if he wanted cereal all day."

"As long as people have these sort of feckless responses where they're going to write about what they're doing, but don't do anything and still allow this administration to use all of its resources to demonize groups of people and waste our time, we don't have a functioning government. We have a child who has magical powers that are only emboldened by the weak people around him," he concluded.

"And maybe, in 15 days, that little child will be investigated by a Democratically controlled House," Wallace added. Watch the clip below:

The administration is using "all of its resources to demonize groups of people and waste our time” — @drjasonjohnson https://t.co/BrGJ3QDZCa
— AlterNet (@AlterNet) 1540417757.0