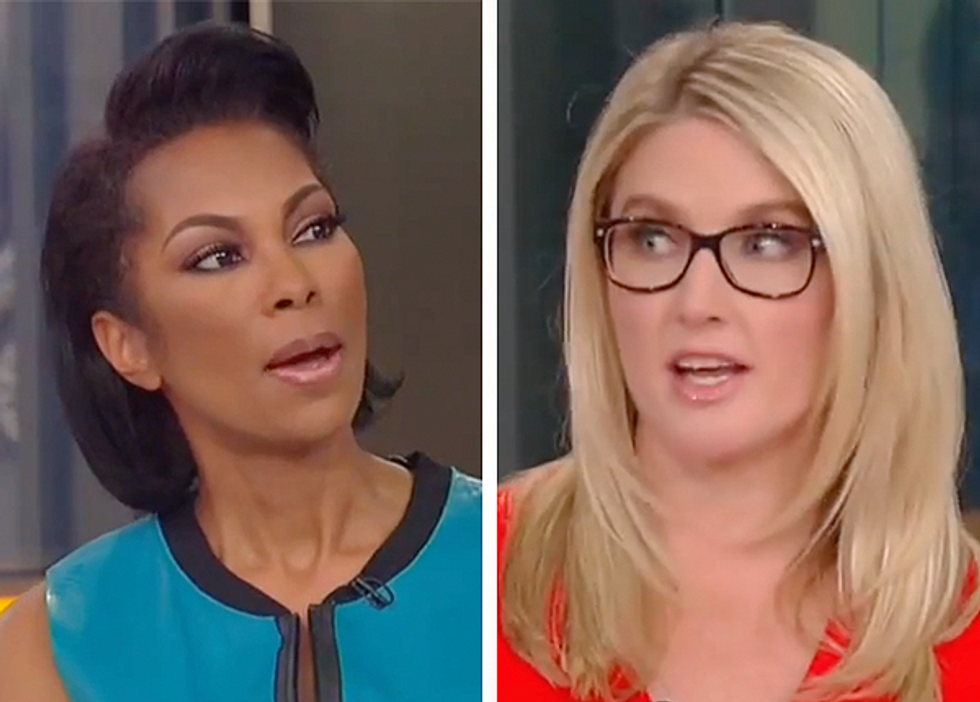 Faulkner presented the information as another “piece of the puzzle,” telling her Fox News Outnumbered co-hosts that “some things have come out” about Khashoggi’s contacts.

“We’re just reporting the facts, we don’t have to fall down one way or the other on this,” Faulkner assured her audience. “But Khashoggi was tied to the Muslim Brotherhood.”

“That’s iffy to say he was tied to the Muslim Brotherhood,” Harf replied.

“So what was it then?” Faulkner asked.

“Throughout his career, he was a government spokesperson for the royal family,” Harf explained. “… And at times had written and worked with some Muslim [Brotherhood] members in Saudi Arabia, but he was always a spokesman or a journalist.”

As Fox News’ Lisa Marie Boothe tried to back up Faulkner’s claim, Faulkner insisted she “just put it out there because it is the constellation of [facts].”

“But some people are using that to discredit him,” Harf replied. “I’m not saying you are, some are, and I don’t like that.”

“No!” Faulkner shrieked. “I’m just putting it into the mix.”