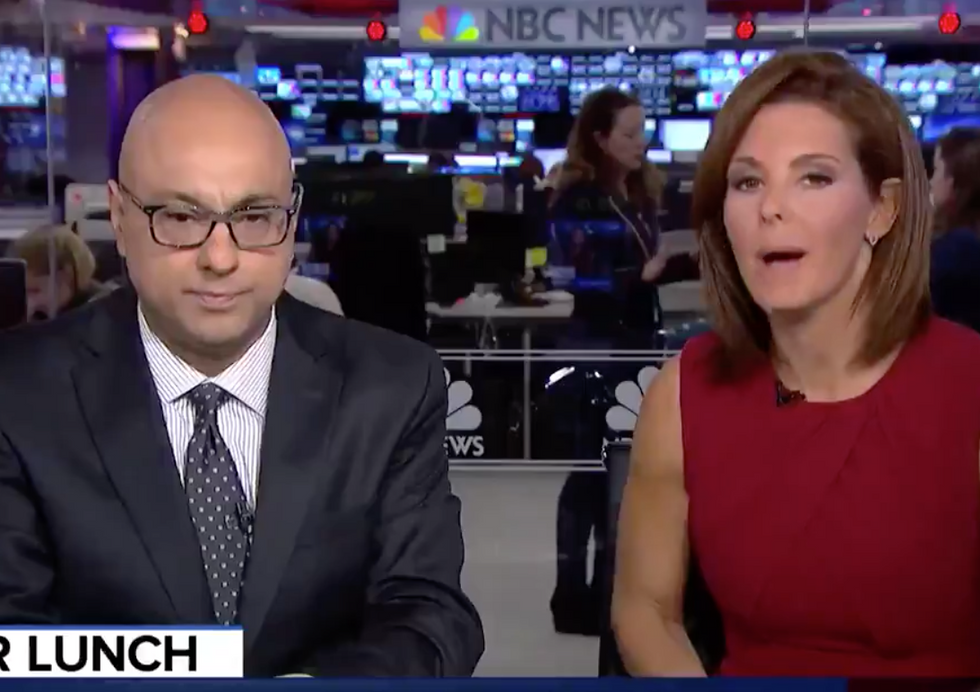 In yet another example of how the White House is utterly devoid of seriousness or a methodical approach to policymaking and messaging, President Donald Trump hosted Kanye West Thursday for a press event and lunch. The conversation was erratic, undirected, and freewheeling — completely lacking what the nation should expect from the head of the executive branch of government.

"That was crazy!" said host Ali Velshi after the event was broadcast. "That was bonkers!"

He and co-host Stephanie Ruhle about the fact that West played into Trump's narrative about supposed male power — which in the course of his political tenure has been demonstrated, over and over, to mean chauvinism and misogyny. They also noted that, despite West's embrace of the "Make America Great Again" slogan, many oppressed groups in the United States find the sentiment disturbing.

"The reason being: If you are anything but a white male, historically, life wasn't better for you than it is in the current moment," Ruhle said.

She also called out the president for pretending that the meeting was just supposed to be a lunch: "This was absolutely a press opportunity," she said. "I'm just stunned across the board."

"I thought they were going to have a conversation, which we were going to follow up on, in part on criminal justice reform, sentencing, prisons — which is, by the way, a bipartisan, really important idea. That was mostly nonsense. But there were some things in there that probably are worth discussing," said Velshi.