The View’s Meghan McCain Gets Promptly Shut Down After Asking Sen. Amy Klobuchar If Dems ‘Misplayed their Hand’ with Dr. Ford 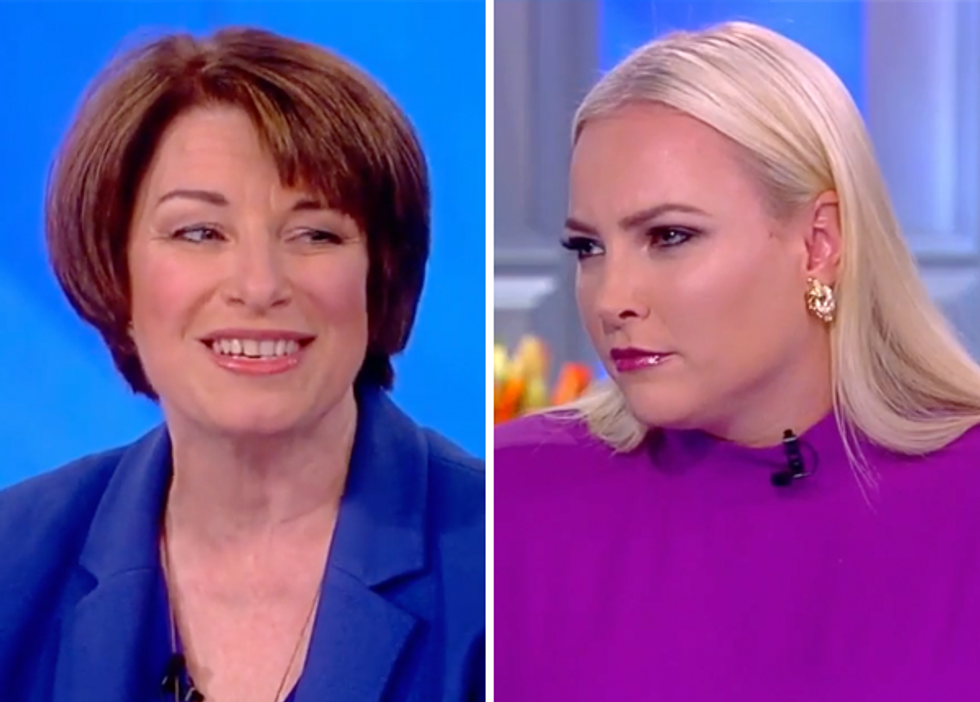 Sen. Amy Klobuchar (D-MN) rose to national prominence for grilling Supreme Court Justice Brett Kavanaugh about his teenage drinking — and she appeared on “The View” to discuss one particularly dramatic moment.

Kavanaugh lashed out at the Minnesota Democrat during a hearing about sexual assault allegations made against him by a former acquaintance, and Klobuchar said the federal judge would never have tolerated the same conduct from her.

“My first thought was, if I was appearing before him in court, he would have thrown me out of the courtroom,” the senator said.

Klobuchar said the nominee’s partisan record should have disqualified him, and she praised Christine Blasey Ford for coming forward with sexual assault allegations — and co-host Meghan McCain asked whether Democrats miscalculated with her testimony.

“Is it conceivable that Democrats may have misplayed their hand or handled anything differently in that hearing in general?” McCain asked.

“First of all, good question,” Klobuchar said. “But this wasn’t a hand to be played, right? She came forward.”

McCain interrupted that she was talking only about Senate Democrats, not Ford herself — but Klobuchar said there were greater considerations than politics.

“It is what happened, and when you’re in a position of power and something comes forward at the last minute, what do you do?” Klobuchar said. “Do you just sweep it under the rug?”