The Vexing Paradox of Joe Manchin: Why the Most Hated Senator in the Democratic Party Is Likely Headed for a Landslide Reelection 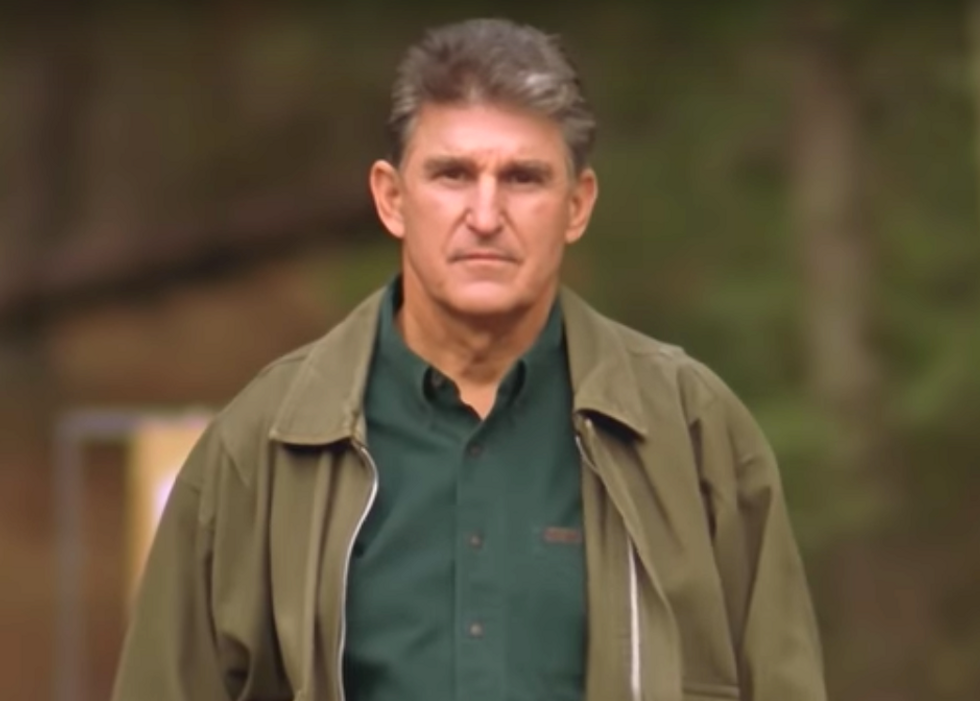 Sen. Joe Manchin of West Virginia has become, hands down, the Democratic senator that liberals and progressives love to hate the most—and if recent polls are accurate, he is heading for a landslide reelection.

The 70-year-old Manchin won’t be mistaken for Sen. Bernie Sanders anytime soon. His voting record has generally been centrist and conservative, and he recently infuriated fellow Democrats when he voted for the confirmation of Justice Brett M. Kavanaugh to the U.S. Supreme Court.

The votes on Kavanaugh came down almost entirely along party lines: all of the Republicans in the Senate voted for Kavanaugh’s confirmation except for Alaska’s Lisa Murkowski, and Manchin was the lone Senate Democrat who gave Kavanaugh a “yes” vote. Even North Dakota’s Heidi Heitkamp and Indiana’s Joe Donnelly—the two Senate Democrats who had joined Manchin in voting for the confirmation of Justice Neil Gorsuch (Trump’s first Supreme Court nominee) in 2017—voted against Kavanaugh.

After announcing, on October 5, that he planned to vote for Kavanaugh, Manchin was greeted by a group of angry protestors outside his office. And in an October 8 article for New York Magazine, journalist Sarah Jones complained, “If the Democratic Party can’t count on its own senators for votes as morally pivotal as the Kavanaugh confirmation, its big tent might just be too big.”

But while many liberals and progressives are furious with Manchin for helping to send Kavanaugh to the Supreme Court, that doesn’t appear to be hurting him in the West Virginia Senate race. According to a Strategic Research/Gray Television poll released on October 22, Manchin leads his Republican challenger, Patrick Morrissey (West Virginia’s state attorney general), by 16%. And a Monmouth University poll this month found Manchin to be ahead of Morrissey by 20%, although that poll didn’t take all of West Virginia into consideration (only its third district). Nonetheless, Monmouth Polling Institute Director Patrick Murray concluded that if Manchin has a 20% lead in West Virginia’s third district, it shows that he is “winning the state fairly handily.”

Even before the Kavanaugh nomination, Manchin was a frequent target of more liberal or progressive Democrats. In March 2017, Charles Chamberlain (executive director of the political action committee Democracy for America) complained, “Joe Manchin has spent the last few months aiding and abetting the Trump Administration. Removing him from Democratic leadership should be a no brainer.” But with the vote for Kavanaugh, disdain for Manchin among liberal and progressive activists outside of West Virginia has reached a whole new level.

Manchin’s pro-Kavanaugh vote might have been the kiss of death if he were running for reelection in Massachusetts, Vermont or California—all of which are heavily Democratic. But Manchin is running in West Virginia, a state that Trump won by a landslide two years ago. While Trump defeated Hillary Clinton by 9% in Texas in the 2016 presidential race, he carried West Virginia by a whopping 42%.

Manchin has even said that he is open to the possibility of endorsing Trump if the president seeks reelection in 2020. Manchin’s exact words: “I’m open to supporting the person who I think is best for my country and my state. If his policies are best, I’ll be right there.”

Nonetheless, Manchin has sided with fellow Democrats over Republicans on some key votes. For example, Manchin voted against the Tax Cuts and Jobs Act of 2017, asserting that the GOP-sponsored tax bill didn’t offer enough tax relief to working class voters in his Appalachian state. And in 2017, Manchin also voted against the GOP’s American Health Care Act, which would have overturned the Affordable Care Act of 2010, a.k.a. Obamacare. Manchin has been campaigning on universal health care and fixing parts of the ACA, but he is adamantly opposed to overturning it.

Like Republican Sen. Susan Collins—another pro-Kavanaugh swing vote—Manchin has claimed that Kavanaugh won’t vote to overturn the ACA. The “800,000 West Virginians with pre-existing conditions,” Manchin claims, won’t be adversely affected by Kavanaugh’s addition to the Supreme Court—an assertion that is extremely difficult to believe in light of Kavanaugh’s corporatist ideology. Looking to Kavanaugh to protect the ACA is like looking to a polar bear to promote vegetarianism.

The “I’m West Virginia” part summarizes Manchin’s campaign for reelection in a nutshell. More than once, Manchin has used rhetoric like, “I’m not a Washington Democrat. I’m a West Virginia Democrat.” And with that theme, the Democratic senator who liberals and progressive activists love to hate the most appears to be looking at another six years in Congress’ upper house.