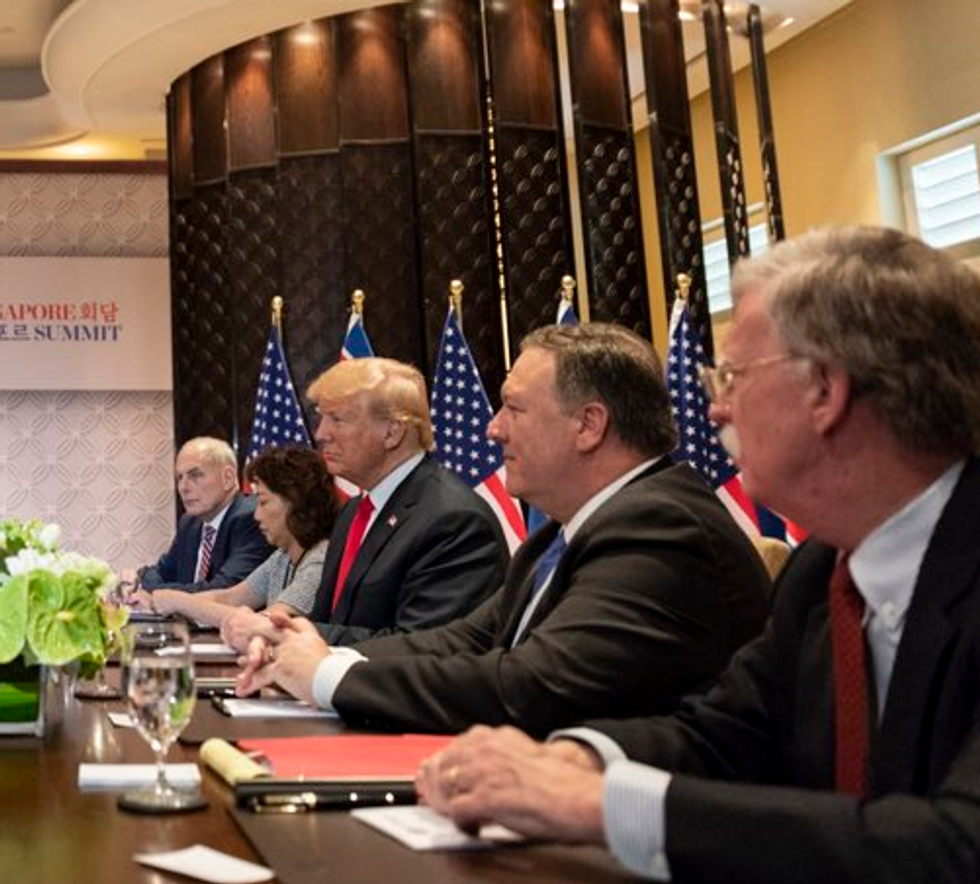 Just another day inside a "well-oiled machine": According to reports from both CNN and Bloomberg, President Donald Trump's Chief of Staff John Kelly and National Security Adviser John Bolton engaged in a "profanity-laced" argument Thursday.

Bloomberg's Jennifer Jacobs reported that the source of the shouting match wasn't clear but linked it to the coming midterm election.

CNN was more specific, attributing the rift to an increase in crossings at the U.S-Mexico border.

While that report noted that heated arguments in the West Wing aren't unusual, "a source familiar with the clash equated it with a falling out."

Discussion of potential resignations emerged — in particular, the potential departure of Kelly — but it appears everyone is committed to staying put for now.  According to CNN, though, it appears Bolton got the better of the argument when Trump took his side.

According to Bloomberg, it was not clear if the president overheard the actual shouting, but he was informed of the dispute.