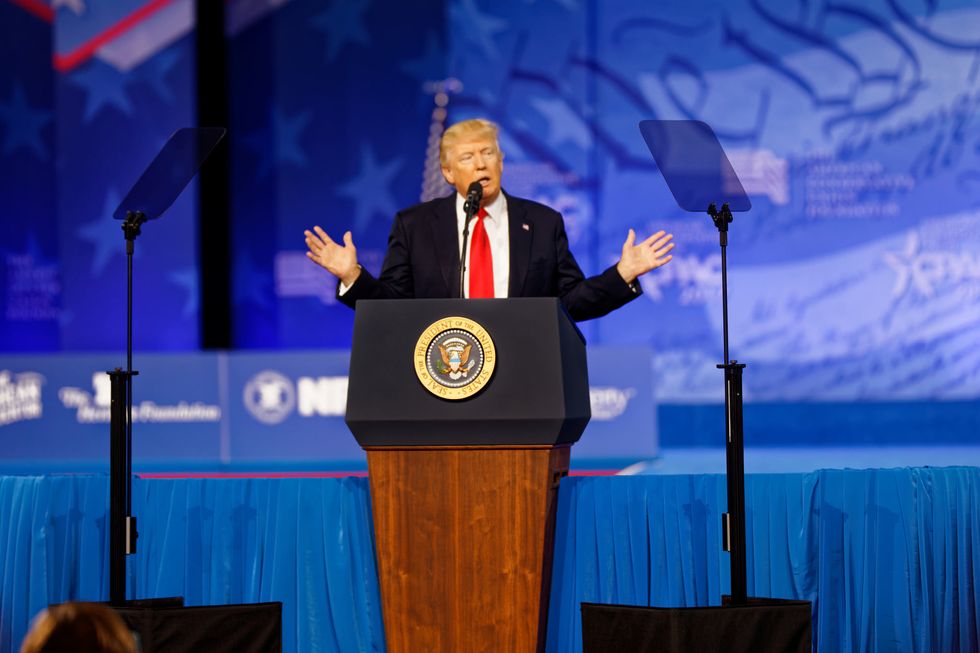 On October 24, President Donald Trump signed a package of bills into law aimed at addressing the overdose crisis, dubbed the SUPPORT for Patients and Communities Act. But critics say it might as well be called the SUPPORT Indivior Act—a reference to the maker of Suboxone (active ingredients: buprenorphine and naloxone) and Sublocade, the recently approved injectable version of the drug, designed to last a month. (Indivior projects Sublocade’s annual sales will eventually reach $1 billion annually.)

The pharmaceutical giant, which has been fighting the introduction of generic versions of Suboxone for years, and is also the defendant in a lawsuit alleging that it used fraudulent marketing tactics, openly celebrated the new law.

In a press release, Indivior CEO Shaun Thaxter called the SUPPORT for Patients and Communities Act “critical in the fight against the increasing number of human lives lost to opioid overdose in the United States every year.” The legislation includes a number of measures that will directly benefit his company, particularly regarding Sublocade.

For example, over the summer Indivior blamed “friction in the new distribution and reimbursement model” covering injectables for its decision to cut its first-year revenue projections for the drug by half. The law signed by Trump rectifies some of these issues. It allows specialty pharmacies to distribute injectable medications to treat opioid use disorder (OUD). It also permits healthcare practitioners who are not waivered to prescribe oral versions of the drug to administer injectable OUD treatments, meaning they won’t be subject to a cap on the number of patients they can treat.

One of Indivior’s main competitors, Braeburn Pharmaceuticals, has been fighting an uphill battle to get its own injectable buprenorphine/naloxone formulation through FDA approval. But for now the only other drug that would potentially benefit from the new law, the monthly injectable opioid antagonist Vivitrol, is not subject to a patient cap.

Some addiction experts point out that “evidence-based treatment” for opioid use disorder is increasingly becoming synonymous with the use of buprenorphine/naloxone formulations like Suboxone, despite the fact that it’s not a one-size-fits-all therapy. Meanwhile a much cheaper and effective OUD treatment drug—methadone—has been all but sidelined in the discussion on expanding access.

“The push in this administration is for new drugs, things that make pharmaceutical companies rich,” said Alison Knopf, editor of the journal Alcoholism & Drug Abuse Weekly, and a contributing writer at Addiction Treatment Forum. Pharmaceutical and health product companies spent over $280 million on lobbying in 2017. While Indivior is responsible for only a tiny percentage of that total, its lobbying spending has risen rapidly in recent years:[[{"type":"media","view_mode":"media_large","fid":"636150","attributes":{"alt":"Image via OpenSecrets.org","class":"media-image","height":"229","style":"width: 480px; height: 229px;","typeof":"foaf:Image","width":"480"}}]]

Knopf, who has been covering opioids for three decades, bristles at the fact that no one is working to reform the archaic and often counterproductive rules governing outpatient treatment facilities (OTPs).

These tightly regulated clinics are the only option for those seeking treatment with methadone. However, a hodgepodge of onerous regulations makes it almost impossible for some clients to benefit from the drug, which (at proper maintenance doses) has a success rate of 60-90 percent.

To take just one example, while federal guidelines allow for 28 days of take-home doses, states and even individual clinics are allowed to establish their own, stricter, guidelines. In Pennsylvania, for instance, state law prohibits clients from receiving more than six consecutive take-home doses. And some are made to wait far longer than the federally recommended three months in treatment to get two take-home doses per week.

Meanwhile, most clinics continue to regularly test clients for marijuana use (even though it is only mandated under federal guidelines at the time of admission to an OTP). And they frequently deny take-home doses to clients based on positive results for THC—in spite of the fact that medical marijuana has been shown to improve outcomes for OUD patients.

“[OTP clients] put up with all kinds of indignities due to ridiculous laws,” said Knopf. “They go to work, have families, are in recovery, and nobody pays any attention to them. Methadone saved them, and they know it. They wish they could have the freedom to pick it up at a pharmacy, like buprenorphine”

Now, however, a bigger issue still is catching some Suboxone patients, and even their doctors, off-guard.

Suboxone No Panacea in the Fentanyl Crisis

When Suboxone was approved in 2001, primarily to treat heroin dependency, America was still five years away from its first multistate fentanyl crisis, which claimed more than 1,000 lives in at least four states in 2006 and 2007. A decade later, heroin has all but disappeared from some drug markets, particularly in parts of the South and Midwest that are bypassed by long-established heroin trafficking routes. Even where it hasn’t, street heroin is increasingly saturated with fentanyl or fentanyl analogs.

Unlike methadone (a full opioid agonist), buprenorphine is a partial agonist and has a dosage ceiling. Some users say they’re finding that Suboxone induction from the higher-potency fentanyl now common on the street is difficult, if not impossible.

During more than a year of reporting on Philadelphia’s drug culture, I’ve met dozens of active heroin users who are being prescribed Suboxone or its generic equivalent. Almost invariably, they sell the drug in order to buy more-powerful fentanyl. Many are also homeless—and housing stability is probably the most critical component of holistic recovery.

But some physicians say something else could be going on.

“Fentanyl has a tighter binding than Subs so it’s way easier to break through Subs,” said Dr. Aaron Blackledge, founder of Care Practice—an outpatient clinic in San Francisco. In other words, according to Blackledge, while buprenorphine is strong enough to kick an opioid like heroin off the brain’s receptors, it may be no match for high-purity fentanyl—to say nothing of even stronger analogs of the drug, like carfentanil. “And then with the transition to Subs there is this strange disassociation that comes with getting on Subs. [Like an] out-of-body experience. It may depend on how you take it. I have [patient] do it with microdosing.”

“I know methadone is hard to come off, but it’s the only thing that seems to work for me.”

Jullian, a middle-aged heroin user from New Jersey who used to intermittently switch to Suboxone bought on the street to take a break from the daily risks of illicit drug use, told Filter that as his body became more accustomed to fentanyl, the buprenorphine became less effective.

“It just stopped working for me,” he said. “There was a time I would take 2 mg at start of the day and be pretty much fine, but then it started not working the same. The last time I took it I was literally sick for four days.”

Recently, when Jullian decided he was ready to quit heroin for good, he opted for daily trips to a methadone clinic rather than visit a Suboxone doctor. “I know methadone is hard to come off, but it’s the only thing that seems to work for me.”

And yet, despite years of research demonstrating that methadone is a safe and highly effective, there’s not a single proposal in Congress aimed at loosening, or at least unifying, methadone treatment.

Passing Up an Obvious Path Forward

Meanwhile millions continue to be pumped into research and development for new drugs to treat opioid use disorder. One drug maker has even claimed that its product could work by targeting the brain’s memory centers to prevent users from fixating on the good times associated with past drug use—a phenomenon known as “euphoric recall.

Rather than exploring mind erasure as an alternative, an urgent priority should be to expand methadone access—in ways such as allowing patients to be dosed at their local pharmacy, like in Canada, or at the very least requiring that states apply federal take-home policy. In treatment dollars alone, methadone reform could save taxpayers millions. According to one report, the cost of a 100-milligram dose of the drug is just 78 cents; the average wholesale cost of a 30-day supply of 8 mg Suboxone is more than $250. And then there are the lives we could save.

The government’s failure to take this obvious path is unfathomable—or at least it would be, if we didn’t ask ourselves who profits from the status quo, and how much influence they wield.