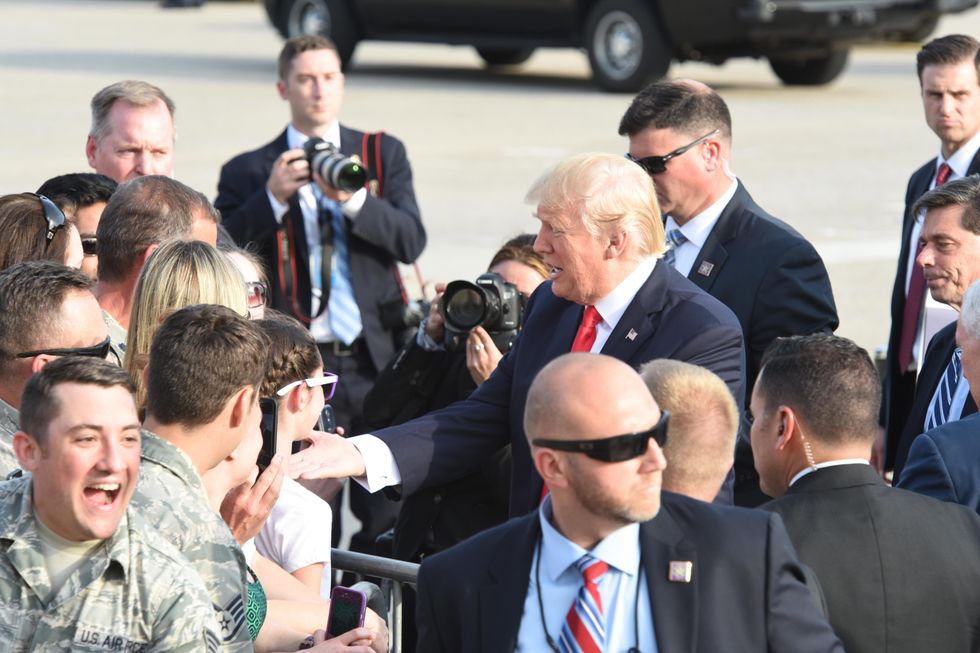 President Donald Trump faces real risks from the upcoming midterm elections, and he's clearly getting desperate. Instead of boasting about his supposed "successes" in an attempt to rally his voters, he's going on the attack against Democrats — and against immigrants.

Most prominently, he's whipping up fears about a caravan of immigrants from Central America. In so doing, he's taking a strategy right out of the "wag the dog" playbook.

In the 1997 movie "Wag the Dog," the White House creates a fake war in order to distract the public from the president's sex scandal. In 2018, the reality is not that far from the fiction.

Trump hasn't brought us to war, but he has raised a relatively minor issue to the level of a military problem. Despite a complete lack of reason to believe the caravan poses a serious threat to the United States, Trump has threatened to "CLOSE OUR SOUTHERN BORDER" and call in the military to protect the country.

And on Monday, Trump lied and said of the caravan, "Criminals and unknown Middle Easterners are mixed in."

Newt Gingrich, a former House speaker and an ally of Trump, has been even more explicit about the use of the caravan as a boogeyman: "This is a great Republican issue," he said.

But what Trump and his allies never mention about the caravan is also crucial. It is perfectly legal for immigrants to come to the U.S. border and apply for asylum, which is what many Central Americans hope to do. And by traveling together, they can avoid the dangers of joining smuggling cartels.

Meanwhile, Trump has floated completely counterproductive policies, such as cutting off aid to Central America, demonstrating that he cares much more about using the immigrants as a political wedge more than solving any problem.

If drumming up fears about the border is playing the role of a fake war in the "wag the dog" strategy, what is Trump distracting from?

Well, where to begin? Republicans have realized that the tax reform bill was not popular — hardly surprising since it gave disproportionate benefits to wealthy people and corporations. And the party knows it's vulnerable on health care, so GOP lawmakers been lying about their own views. And Trump and his Cabinet are buckling under the weight of an ever-growing number scandals, which is likely why the Trump himself has been historically unpopular.

Trump also seems to think that immigration is a particularly strong issue for him, which is why fearmongering about the caravan plays into his perceived strengths. But while his focus on the issue is likely the reason he won the Republican primary, it's far less certain his anti-immigrant rhetoric is as popular with the general electorate.