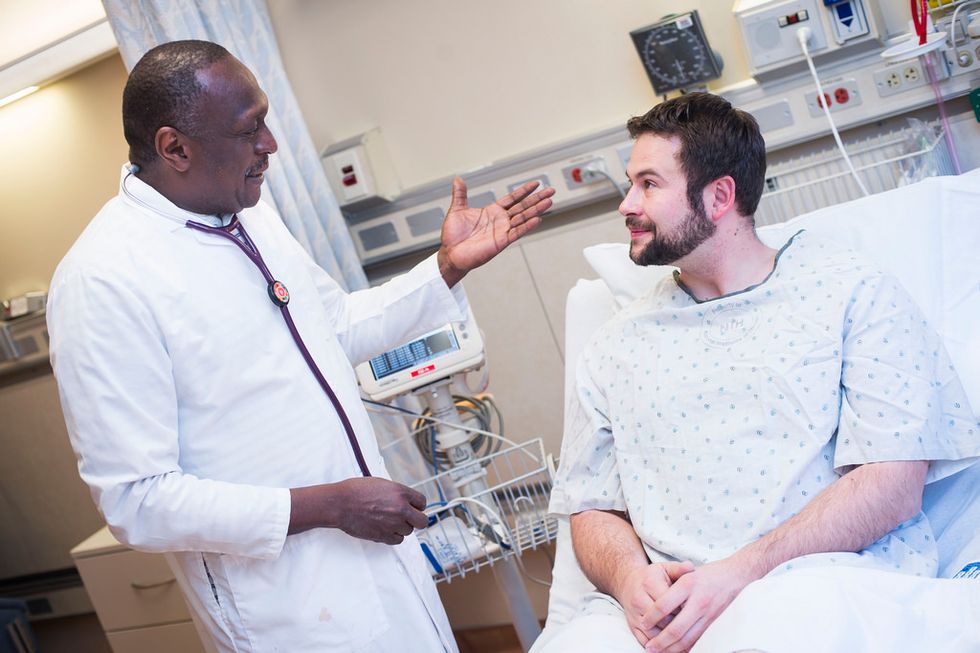 President Trump has just penned an op-ed for USA Today, in which he rants against Bernie Sanders’ “Medicare-for-all” plan, claiming that “The Democrats want to outlaw private health care plans, taking away freedom to choose plans while letting anyone cross our border.”

Critics jumped to point out Trump’s typical inaccuracies, lies and absurdities. Affordable, accessible healthcare for all must be a cornerstone of any genuine attempt to improve public health, including the addiction treatment system (see point 10 in Maia Szalavitz’s recent blueprint).

But a report that also came out today—by Public Citizen, a nonprofit focused on government accountability—shows that beyond Trump, the real obstacle to a single-payer system is entrenched industry interests. As this chart from the report shows, the majority of Americans want universal health care—belying its reputation in many establishment quarters, at least until recently, as a political nonstarter.

However, as the report, titled “The $660 Million Hurdle,” also shows, lobbying power in the health-care field overwhelmingly lies with the organizations and industries most invested in the status quo. Pharmaceutical and health product companies spent over $280 million in 2017 alone.

The organization that spent the most—over $25 million—is Pharmaceutical Research and Manufacturers of America (PhRMA), a trade group representing Big Pharma companies including Purdue (the manufacturer of Oxycontin and a new form of buprenorphine), Bayer, Bristol-Myers Squib, Eli Lilly, GlaxoSmithKline, Johnson and Johnson, Merck, and Pfizer.

The Public Citizen report states that “these industry groups stand to lose the most under a single-payer system.”

Universal health care would put private insurance companies out of business, and force pharmaceutical companies to lower drug costs. Although private insurance and Big Pharma are sometimes at odds, the two industries recently teamed up to form “Partnership for America’s Health Care Future.” According to lobbyists, the vague name euphemizes the group’s very specific intentions: to run ads against single-payer plans and promote studies to undermine the idea. This partnership include PhRMA, Blue Cross Blue Shield Association, America’s Health Insurance Plan, the American Medical Association, and the Federation of American Hospitals.

Most of us want universal health care. But given the vested interests involved, achieving it will mean putting up, as the report’s authors put it, a “titanic fight.”