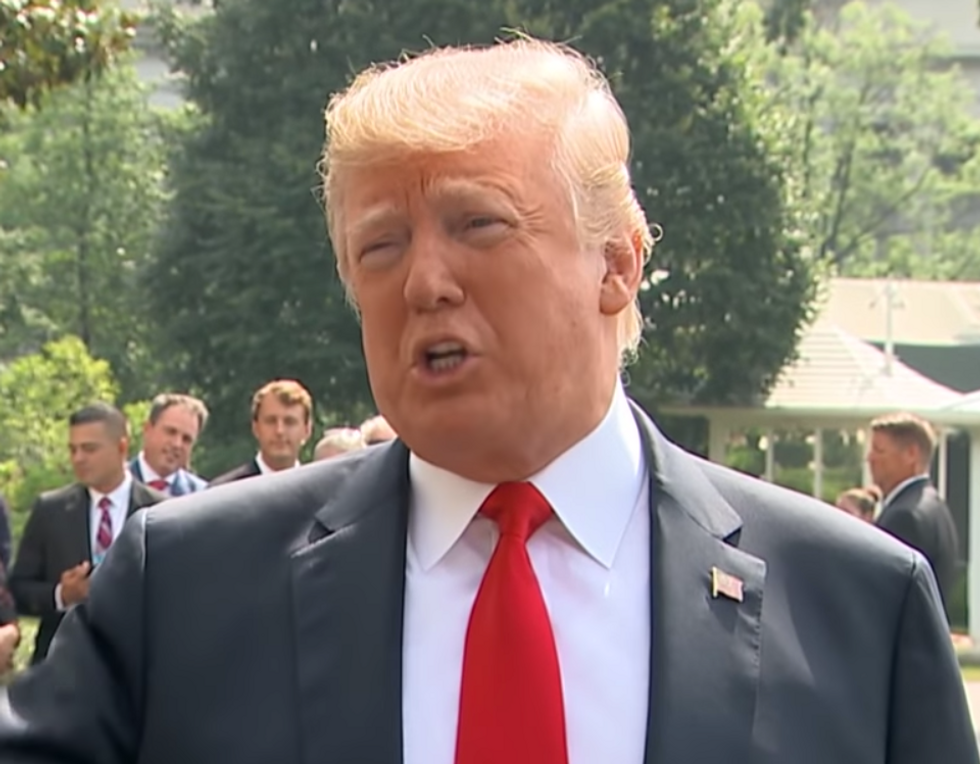 On Tuesday, for the first time ever, President Donald Trump's White House issued a threat to veto a piece of legislation pending in Congress — and their choice was revealing.

Senate Joint Resolution 63, authored by Sen. Tammy Baldwin (D-WI), is a resolution that would repeal the Trump administration's new regulation on unregulated "short-term" health insurance plans. The regulation essentially eliminates the "short-term" aspect of these plans, allowing people to enroll in them year-round for up to three years, despite the fact that these plans do not have to cover essential benefits or protect pre-existing conditions.

In effect, Trump is creating an entirely separate health insurance market of "junk plans" unrelated by the Affordable Care Act, and encouraging healthy people to enroll in those instead, driving up premiums an estimated 1 percent for people who want proper coverage. For this reason, health experts broadly oppose Trump's regulation, and 16 medical trade groups and patient associations have endorsed Baldwin's resolution.

In addition to Baldwin's resolution, Trump's regulation is also the focus of a lawsuit by 7 health care advocacy and mental health groups, which alleges that "the creation of a parallel individual insurance market consisting of plans that are not subject to the ACA's consumer protection standards" is a violation of the 1946 Administrative Procedure Act.

The "junk plan" expansion is one of many attempts by Trump to sabotage Obamacare, doing through executive action what he could not get through Congress.

Since taking office, Trump and his officials have slashed time, funding, and resources for open enrollment in the marketplaces, revoked cost sharing subsidies to insurers, and tried to expand religious exemptions from the birth control mandate to secular employers. To turn back increased Medicaid enrollment under Obamacare, they are authorizing Republican states to impose work requirements on certain enrollees, some of which are so extreme it would be literally impossible to qualify for Medicaid. And as if all that weren't enough, Trump's Justice Department is supporting a GOP state lawsuit against their own administration that argues for eliminating protections for pre-existing conditions entirely.

This week, Baldwin filed a discharge petition to force a vote on her resolution, which has the support of all 49 Democratic senators. The vote is scheduled for later today.