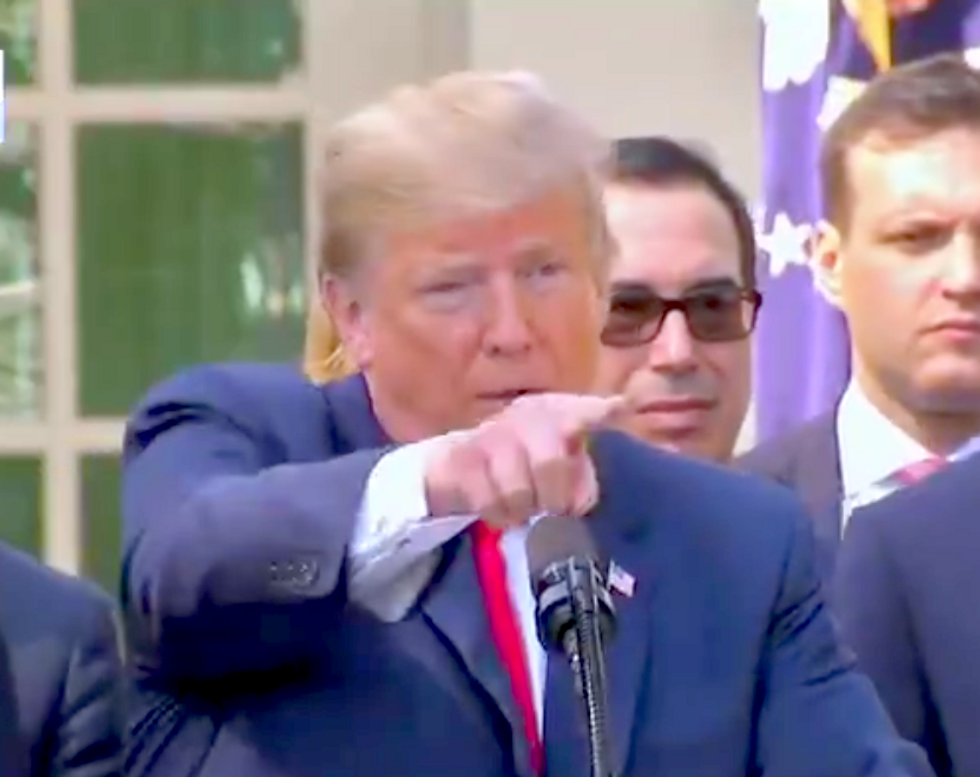 While his Supreme Court nominee Brett Kavanaugh faces serious allegations of sexual assault, President Donald Trump has been driving the point home that the Republican Party has little respect or concern for women.

First, he lashed out at Christine Blasey Ford, one of Kavanaugh's accusers, for not coming forward with the allegation 36 years ago, when she says the assault happened — even though it is well known that victims often do not report sexual assault. Then, at a press conference last week, Trump was repeatedly rude and dismissive toward female reporters trying to ask him questions.

And on Monday, Trump needlessly and cruelly mocked a Cecilia Vega of ABC News at a press event at the White House Rose Garden.

"Okay question? Yeah, go ahead, sure," Trump said, calling on a Vega in the audience. When there was a slight delay in her asking the question, he said, "She's shocked that I picked her! Like in a state of shock."

At this remark, a surprised gasp rose from the audience, and Vega looked stunned: "I'm sorry?" she said.

"No, go ahead," Trump said. He immediately looked down, seemingly regretting his needless slight.

The White House did not respond to a request for comment.

WHOA: Trump mockingly criticizes a female reporter who tries to ask him a question for not thinking -- "you never d… https://t.co/j4SZMGSciC
— Aaron Rupar (@Aaron Rupar) 1538409689.0