Trump Official Says the President Hasn't Fired John Kelly Yet Because He Doesn't Know How: Report 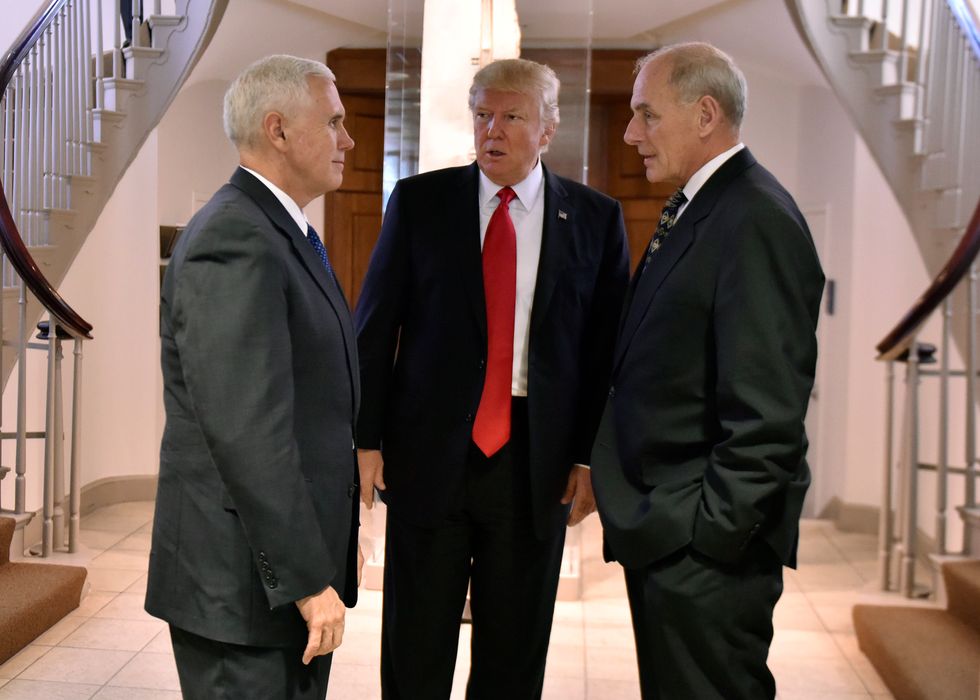 Reporter Olivia Nuzzi of New York Magazine published a whimsical peek into the world of the Trump White House on Wednesday, recounting in detail the bizarre and hokey attempt by the president and his aides to dissuade her from writing a story about turmoil in the executive branch.

The whole article is worth a read, as a Nuzzi provides a rarely matched view into the Oval Office. Trump, just as he does on stage at rallies, rambles incessantly at her about whatever's on his mind, sprinkling in lies and self-aggrandizement and unsubtle attempts at manipulation. And in an apparently staged effort to convinced Nuzzi that there's no turmoil in the White House, Trump trotted out his chief of staff, vice president, the vice president's chief of staff, secretary of state, and the press secretary, insisting that they're all one big happy family.

Then, in a moment of almost self-parody, Trump says, "This was not a set up."

The reason for the meeting is that Nuzzi had been working on a story about one of the enduring mysteries in Washington, D.C.: Why does John Kelly still have a job? Tensions between Kelly and Trump have been widely reported, and many expected that the chief of staff would have been fired long ago.

One anonymous administration official gave Nuzzi a particularly provocative explanation for why Kelly remains: Trump doesn't know how to fire him.

“When the president says, I need you to leave, Kelly just ignores him,” the official told Nuzzi. “I think the president just doesn’t know who to call to fire him. Normally if the president wanted to fire somebody, he would call Kelly to do it. But there’s nobody else to call.”

It's not clear how literally to take this. Trump has already fired one chief of staff, Reince Priebus, when he hired Kelly as the replacement. And when in doubt, Trump can just tweet that someone is now fired — as he did with Secretary of State Rex Tillerson — and presumably, they'll get the message.

But Kelly is a very different animal than Priebus. He's a general, and he's clearly not afraid of Trump. Trump, on the other hand, may be afraid of him — or at least afraid of what it would mean to fire his second chief of staff in less than two years.