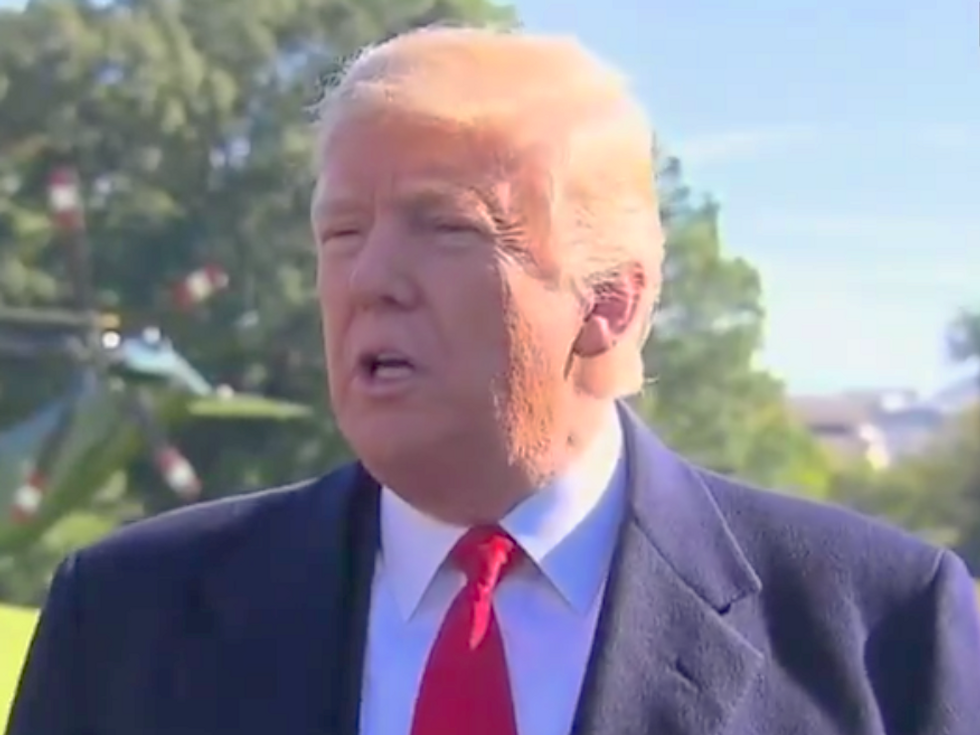 As the pressure of the upcoming midterm elections bears down on President Donald Trump, he's lashing out in the most predictable way possible: by targetting immigrants and people of color.

He has become obsessed with the caravan of immigrants who have left Honduras seeking better opportunities further north and in the United States. Of course, he's not really interested in solving any of the problems related to why these people feel the need to leave or what a just American immigration policy would look like — he just wants to fearmonger.

And of course, he's using lies to do it.

"Sadly, it looks like Mexico’s Police and Military are unable to stop the Caravan heading to the Southern Border of the United States. Criminals and unknown Middle Easterners are mixed in," Trump tweeted Monday. "I have alerted Border Patrol and Military that this is a National Emergy. Must change laws!"

CNN's Jessica Schneider reported that, according to a source she spoke to, this claim was completely baseless.

"A senior counterterrorism official tells me, when I asked about this tweet from @POTUS, 'we do not see any evidence that ISIS or other Sunni terrorist groups are trying to infiltrate the southern U.S. border,'" she tweeted.