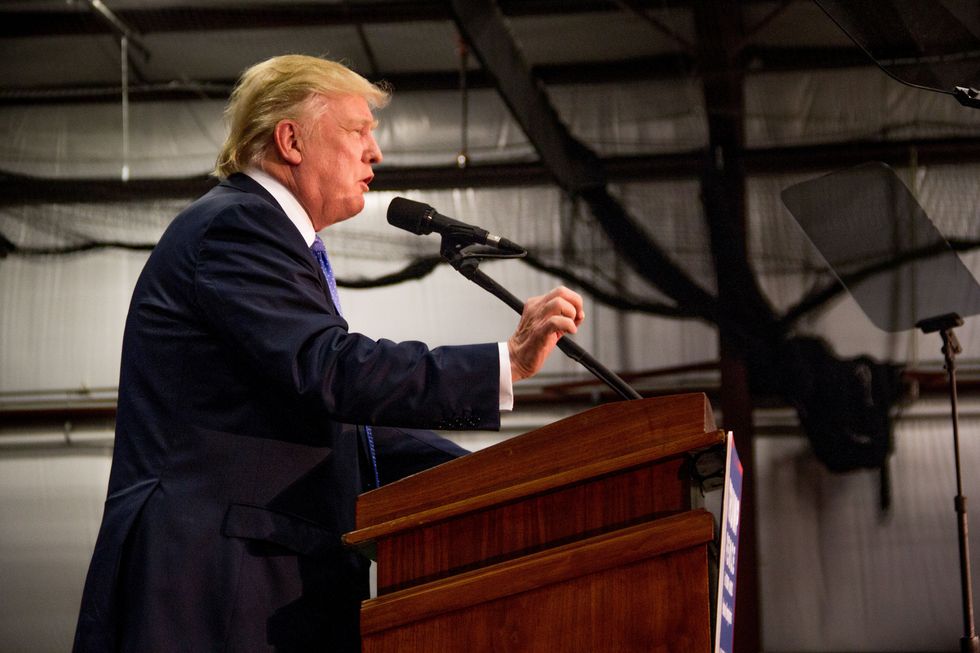 During his presidential campaign, President Donald Trump faced heavy criticism for repeatedly lying when he claimed that he saw "thousands" of "Arabs" celebrating in New Jersey when the Twin Towers fell on 9/11. This was widely panned as an outrageous lie — and a deeply racist one at that — and yet his campaign continued and eventually succeeded.

Now that he's president and under fire for his reaction to multiple hateful and terrorizing attacks this week, he's taken to lying about 9/11 again.

In addition to the criticism saying Trump stokes irrational and bigoted climate among his followers, many noted that he continued to hold his starkly partisan campaign rallies, despite a need for national unity in the wake of the attacks. To defend this decision, Trump said at a rally on Saturday:

With what happened early today, that horrible, horrible attack in Pittsburgh, I was saying maybe I should cancel both this and that. And then I said to myself, I remembered Dick Russell, a friend of mine, great guy, he headed up the New York Stock Exchange on September 11th, and the New York Stock Exchange was open the following day. He said — and what they had to do to open it you wouldn’t believe, we won’t even talk to you about it. But he got that exchange open. We can’t make these sick, demented, evil people important.

But as the Washington Post and others noted, this is just not true.

"The NYSE and even the over-the-counter Nasdaq exchange never opened for trading the morning of the attacks and were closed until Sept. 17 — the longest shutdown since 1933," wrote the Post's Glenn Kessler ."Other stock markets around the world were closed as well. It’s easy to figure this out using Google. There’s even a whole Wikipedia page."

Kessler noted that presidents usually have teams that can run facts checks and make sure that they don't make these kinds of errors. But Trump spreads falsehoods such as this all the time and rarely if ever corrects himself. He has no regard for the truth, and his staff apparently have no interest in correcting him.

To lie about 9/11 — an event any president since that date should be deeply familiar with — is particularly distasteful. Even more so given that he used this lie to defend his choice to continue his partisan and incendiary campaign in the wake of more national tragedies.