Trump-Loving Candace Owens Goes on Self-Pitying Rant After Kanye Ditches Her Movement: 'Like a Bullet Pierced My Heart' 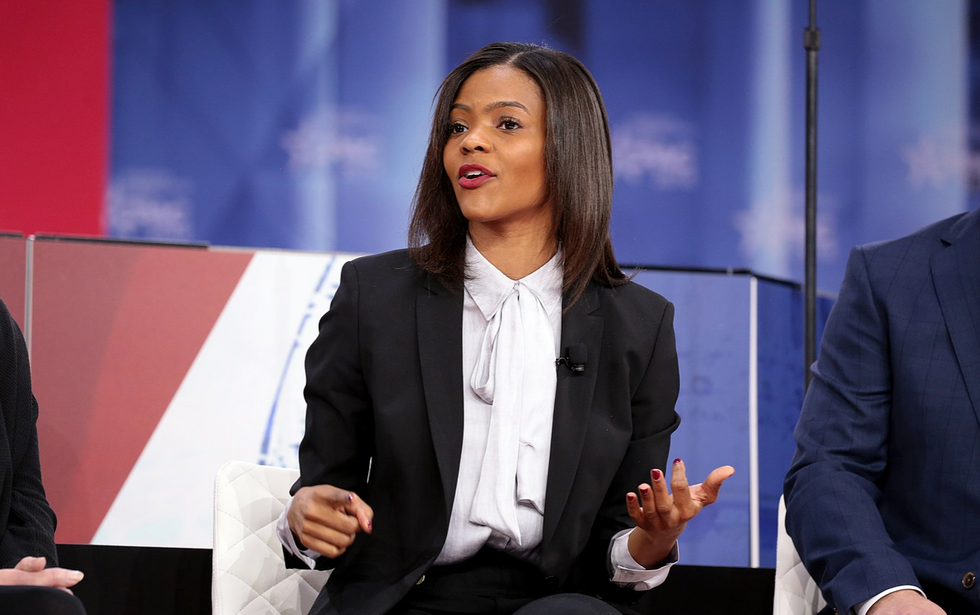 Rapper and producer Kanye West on Tuesday said that he would be getting out of politics because he felt “used” by Trump supporter Candace Owens.

In a Twitter announcement, West wrote that Owens used his name on the logo for her so-called “Blexit” campaign without his permission.

“I introduced Candace to the person who made the logo and they didn’t want their name on it so she used mine,” West wrote. “I never wanted any association with Blexit. I have nothing to do with it.”

In a lengthy, self-pitying rant posted on her personal blog, Owens bitterly attacked all the people who have mocked her over losing her most high-profile fan.

“If knowing that I bleed and that I hurt brings you comfort and celebration— then there is no question that you won last night,” she wrote. “If I had to imagine what it would feel like to have a bullet pierce my heart, it would be exactly like the moment I learned Kanye told the world he felt I had used him. I wouldn’t wish the way I felt last night upon my worst enemy.”

Nonetheless, she insisted that she had never claimed West was the one who designed her “Blexit” paraphernalia.

“I never once said that Kanye designed the t-shirts for BLEXIT,” she wrote. “This is a lie that seems to have made its way around the world; a lie I would like to again correct for the record.”

Despite Owens’ denial, however, she can be seen in an October 27th video holding up a hat with the “Blexit” logo on it and saying, “This logo, these colors were created by my dear friend friend and fellow superhero Kanye West.”

Owens also stirred controversy last week when she helped spread the bogus conspiracy theory that Democrats were sending bombs to themselves as an elaborate ploy to gain sympathy and votes for the 2018 midterm elections, as seen in the now-deleted tweet below.