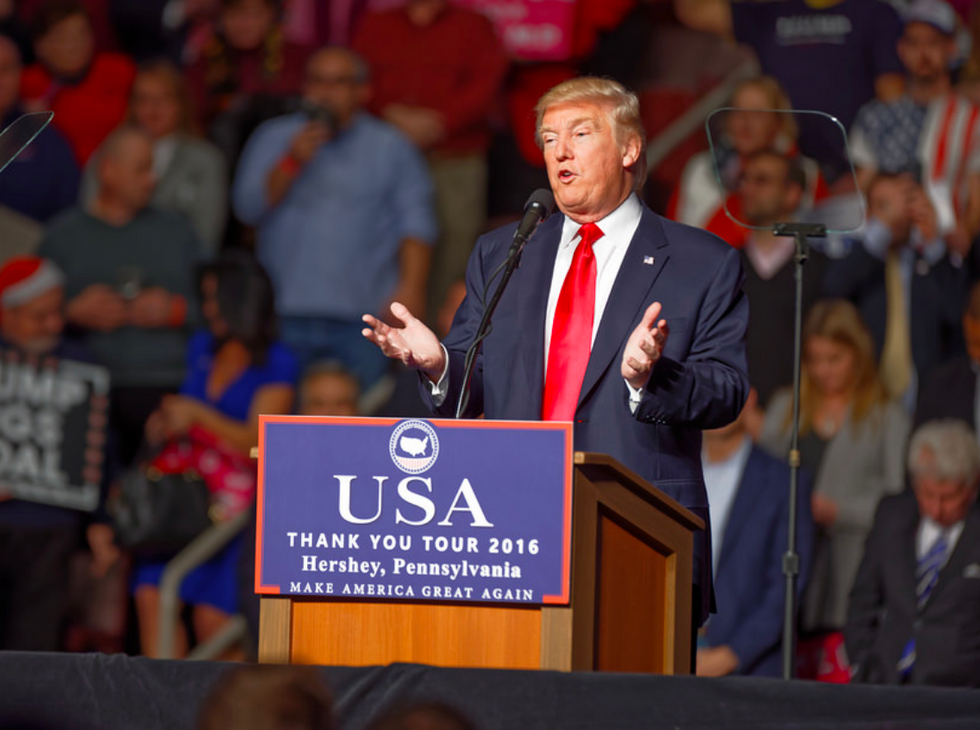 When the United States Secret Service announced, on October 24, that it was investigating explosive devices sent to CNN and the homes of former President Barack Obama and 2016 presidential candidate and former Secretary of State Hillary Clinton, it was only a matter of time before far-right conspiracy theorists claimed that a “false flag” operation was being carried out by “leftists” and critics of President Donald Trump. And sure enough, right-wing conspiracy buffs are having a field day.

The devices sent to Obama and Clinton come right after an explosive device arrived at the home of billionaire investor George Soros. It didn’t take long for alt-right wingnuts who believe in the QAnon conspiracy theory to begin posting that Soros himself was behind the device—and Alex Jones’ Infowars has described the device sent to Soros’ home as a “false flag,” asserting that “patriots could be blamed before midterm elections.”

On Twitter, Newsmax’s John Cardillo posted, “Investigators need to take a serious look at far left groups like #Antifa when investigating the bombs sent to Soros, Obama and the Clintons. These smell like the false flag tactics of unhinged leftists who know they’re losing.”

Cardillo also tweeted, “(It’s) just too coincidental that two weeks before Election Day, as the ‘blue wave’ has turned into a ripple, and the left is losing ground because of incivility and violent rhetoric, explosive devices show up in the mailboxes of Soros, Clinton and Obama.”

Huffington Post’s Andy Campbell has noted that the alt-right 4chan has “already written off the suspicious packages as false flags.” One of the conspiracy buffs Campbell cited posted, “All bullshit: Soros, Hillary and Obama mailed themselves packages to: (1) get in media, (2) target Trump supporters, (3) get sympathy, (4) misdirect from caravan ties. Very fake news.”

On Twitter, the Gateway Pundit’s Jacob Wohl posted, “These ‘suspicious package’ stories are false flags, carefully planned for the midterms.”

The high-traffic subreddit The Donald has been full of posts claiming that the devices are “false flags” or “fake news.” One Trump supporter posted on that subreddit, “False flag 100%. It smells like black churches burning when a Clinton is running for president.” And a different Trump supporter posted, “Phew, it’s a good thing explosives were only sent to Soros, the Clintons, and Obama. Could have been bad if the person had decided to send a bomb to anyone that doesn't have professional security teams that check all of their mail.”

Laura Loomer, a New York City-based alt-right commentator who has over 232,000 followers on Twitter, tweeted, “So let me get his straight. In the course of 2 days: an explosive device was found near George Soros’ home, CNN in NYC is evacuated over a suspicious package, Secret Service intercepted suspicious packages for Obama and Hillary Clinton. I’m not buying it. At all.”