Trump Lashes Out at Paul Ryan for Explaining the Constitution to Him: 'Something He Knows Nothing About!' 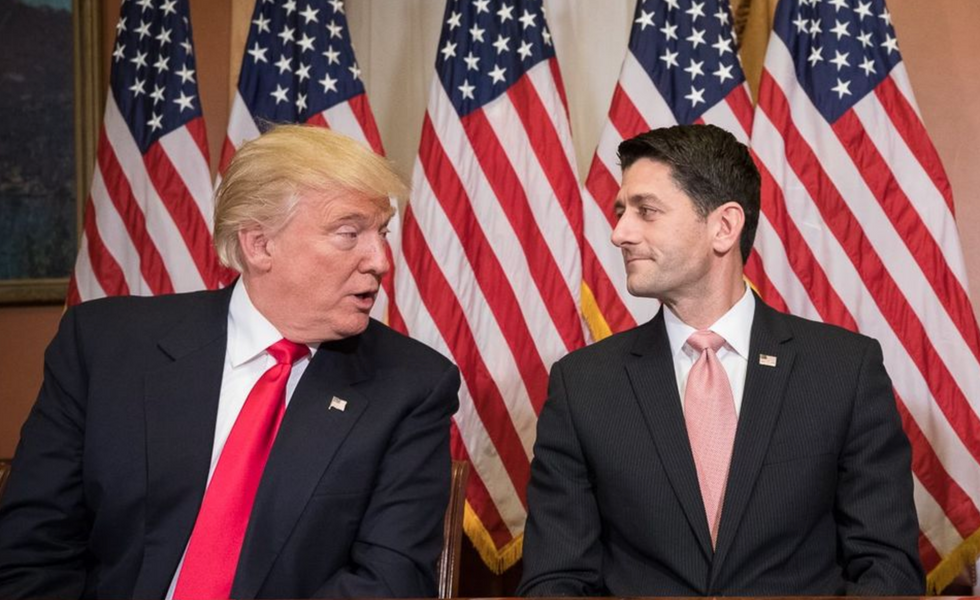 President Donald Trump is now focusing his anger on Speaker of the House Paul Ryan. In a rare moment of disagreement with the president, the Wisconsin Republican who is not seeking re-election stood up on Tuesday for the U.S. Constitution, irritating Trump.

"Paul Ryan should be focusing on holding the Majority rather than giving his opinions on Birthright Citizenship, something he knows nothing about!" Trump angrily tweeted. "Our new Republican Majority will work on this, Closing the Immigration Loopholes and Securing our Border!"

It is unclear if "this" means Trump's promise to end the constitutionally-protected right of birthright citizenship, which he said he will do via Executive Order, or if he meant illegal immigration.

On Tuesday Speaker Ryan made clear, as have constitutional scholars, that the 14th Amendment, which guarantees citizenship to all born on American soil, is not subject to eradication via executive order.

“You cannot end birthright citizenship with an executive order," Ryan told Kentucky radio station WVLK, according to Politico. "As a conservative, I’m a believer in following the plain text of the Constitution, and I think in this case the 14th Amendment is pretty clear, and that would involve a very, very lengthy constitutional process."

As some have noted, had Trump's advisors actually thought he could "line item veto" the 14th Amendment of the Constitution, he would already have signed the promised executive order. He has not. Nor has any text of the proposed unconstitutional act been released.